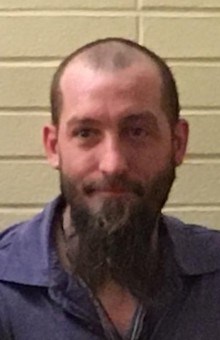 He was a skilled roofer, carpenter and woodworker.

He loved the outdoors and spent his free time camping, fishing, hiking and kayaking.

He also enjoyed rooting for the Pittsburgh Steelers.

Noah was known for his generous heart. He would do anything for anyone; perhaps, this is why he had so many loyal friends. Noah will be deeply missed by all who had the privilege of knowing him.

He is survived by his parents, John Conrad of Boardman and Bonita “Bonnie” Conrad of Columbiana; sisters Anna (Jeremy) Deger of Akron, and Rachel (Brian) Grant of Columbiana; four nieces; and two nephews. He will be forever loved.

The family will receive friends Saturday (June 12) from 10 a.m. to noon at the Warrick-Kummer-Rettig Funeral Home, Columbiana. A memorial service will begin at noon with Pastor Jeremiah Wagner officiating.

In lieu of cut flowers, the family requests that live plants or donations be made to the family to help defray funeral expenses.