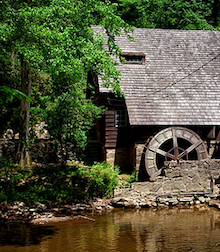 WARREN — Paul Dominic Milone, 89, passed away on Wednesday, April 15 at Heritage Manor with his family by his side.

Paul married Mary Margaret “Mike” Spencer of Milngavie, Scotland on November 13, 1954 while he was serving in the United States Navy as a Seabee.

After serving honorably in the Navy, Paul was a member of the I.B.E.W. L.U. #573 of Warren, where he worked until his retirement.

Paul and Mike were active members of Living Lord Lutheran Church in Howland for many years.

Paul was an avid reader and loved to care for his family.

Preceding Paul in death were his father, Matthew Milone; his beloved mother, Angela; his brothers, Frank and Ernie; and his sister, Marylyn Lohry.

In Paul’s honor, all are encouraged to stay home and stay safe.  A celebration of life iwill be held n the near future.

To plant a tree in memory of Paul Dominic Milone, visit the Heartfelt Sympathies Store.