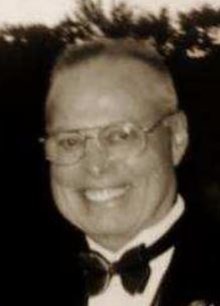 Canfield - Paul Francis Kenney, age 89, of Canfield, formerly of both Greenford and Guilford Lake, died on Friday, November 13, 2020 at his home.

He was born on June 9, 1931 in Woodworth, OH, a son of the late Luke and Madeline Mulhall Kenney.

Paul had worked as a machinist for both Wean United, Youngstown and retired from Fab-Tec, Coraopolis, PA.  He was a member of St. Paul Catholic Church and enjoyed writing songs and poetry.  Paul also enjoyed all types of sports, including golfing and bowling.  He liked fishing and spending time on his boat at Guilford Lake.  Mostly, Paul enjoyed spending time with friends and family.  He was always the life of the party and was an amazing husband, father, grandfather and great grandfather.

He was preceded in death by son, Paul Kenney; a grandson, Matthew Kenney, and by six brothers, Ed, Joe, Don, Jim, Bob, and Bill Kenney.

Burial was at Greenlawn Cemetery, Greenford.

Memorial donations may be made in Paul’s memory to Community Hospice, Salem, or, Rescue Mission of Mahoning Valley, Youngstown.

The family would like to thank the folks at The Inn at Ironwood and his personal caregiver, Michelle Poling.

Arrangements have been entrusted to the Woods-Rettig Funeral Home, Leetonia.