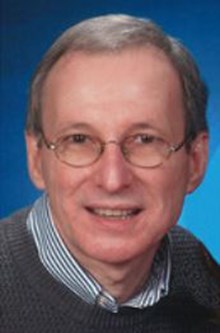 Paul M. Pyszniak Sr. age 72, of Hubbard passed away on Sunday February 21, 2021 at Hospice of the Valley Hospice House.

He was a 1966 graduate of South High School in Pittsburgh and later graduated from Youngstown State University with his Bachelor’s Degree.

Paul worked at General Motors in Lordstown for many years, and was a member of Victory Christian Center in Coitsville.

He was a veteran of the United State Air Force where he served from 1966-1970 as an aircraft mechanic.

Paul will be fondly remembered and sadly missed by his family; his wife the former Cheryl Fitzhugh whom he married August 19, 1971; his sons Paul Pyszniak Jr. of Hubbard, OH.; and David (Kelly) Pyszniak of Aurora, CO.; and three grandchildren Blake, Alex, and Mia.

He also leaves his brothers Lawrence (Sue) Pyszniak; and Richard (Ruth) Pyszniak both of Pittsburgh, PA.

His parents preceded him in death.

There will be services held at 11 AM on Friday February 26, 2021; with calling hours prior to the service from 10-11 AM at Stewart-Kyle Funeral Home. Due to COVID-19 safety precautions will be taken, the six-foot rule will be honored and we kindly ask that all guests whose health allow please wear a mask.

Paul will be laid to rest at Hubbard Union Cemetery.

Due to the current health situation family and friends are encouraged to visit the funeral home’s website at www.stewart-kyle.com to share memories and condolences.