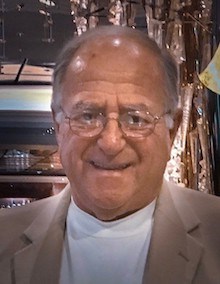 He was born in Warren, a son of Elizabeth “Betty” (Gaydosh) and Robert Funge Sr.

After graduating Warren G. Harding High School in 1957, he was signed by the St. Louis Cardinals. He played minor league baseball from 1957-63, making it as high as AAA and spring training with the Cardinals.

He worked for 33 years in the steel industry, retiring from Warren Consolidated Industries.

He continued playing on the diamond for several years through the age of 65. Through the years, his teams won many tournaments and national championships but most importantly, he developed friendships for life.

For his efforts, he was inducted in the Ohio Softball Hall of Fame and Warren Sports Hall of Fame. He was a devout fan of the Ohio State Buckeyes, Youngstown State University Penguins, Cleveland Indians and Cleveland Browns.

He is survived by his companion of 27 years, Patty Derr; his brother Joe Sabino; his son, Michael (Michelle) Funge; granddaughters Nicole and Natalie; another son, Brian (Kathy) Funge; and grandchildren Riley (Stapleton), Anna, and Allison.

In addition to his parents, Bob was preceded in death by his wife, Mary Lou; his brother, Tony Sabino; and a sister, Mary Ann (Sabino) Snell.

To send flowers to the family or plant a tree in memory of Robert H. Funge, visit our floral store.