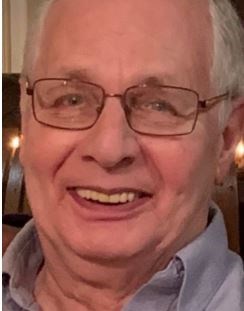 Howland - Robert L. (Bob) Dellimuti Sr., 75, died February 8, 2020 at his residence surrounded by his family after an extended illness.

He was born on July 28, 1944 the son of Louis G. Dellimuti & Helen Dellimuti Antonelli.

A lifelong resident of Warren, Bob was a member of Sts. Peter & Paul Parish and graduated from Warren G. Harding High School in 1962. He attended the Dana School of Music at YSU to further his music education.

Bob’s love of music began at the early age of seven when he began taking accordion lessons. Bob was so skillful that he was able to perform on TV on Cleveland’s ‘Polka Variety Show’ and on various polka shows on radio WHHH. At fifteen, Bob formed his first polka band, ‘The Bob Dellimuti Orchestra’. After attending the Dana School of Music, Bob was able to gain more musical insight and further expanded his band to include more musicians. The ‘BDO’ would be a powerhouse in both Trumbull and Mahoning Counties for the next 35 years; playing many weddings and events at iconic venues such as Idora Park, Avon Oaks Ballroom, Kuzman’s Lounge and other various places. A true musician, Bob had an affinity to be able to play a song by only listening to it, and would then add his own flare to make it unique. Bob would then join the ‘Bob Matasy Band’ in the early 90s where they recorded the album ‘Sounds Good to Me’ with Frank Yankovic. An accomplished musician, Bob wrote and recorded many songs for his children and grandchildren such as ‘Little Bob’s Polka,’ ‘Dee-Dee’s Polka,’ ‘Brian’s Polka,’ ‘Greg’s Polka,’ ‘Darla’s Waltz,’ ‘Little Joey’s Waltz’ & ‘Sergio’s Polka.’ Bob retired from music in 1997.

Bob was also a founding member of the Penn Ohio Polka Pals, a club consisting of area polka bands and musicians. In 1989, the P.O.P.P. recorded and won a Grammy for the album ‘Penn-Ohio Polka Pals Souvenir Edition.’

Bob, along with his wife Dorothy, owned and operated ‘B & D Landscaping/Dell Enterprises’ in Trumbull County where they provided landscaping maintenance for many area residents for over 30 years.

Bob was preceded in death by his parents, and step-mother, Wilda Dellimuti.

A service will be Thursday, at 11:30 a.m. at Sts. Peter & Paul Byzantine Catholic Church with Fr. Simeon Sobenik officiating.

Burial will be in Howland Twp. Cemetery in Warren, Ohio.

The family would like to thank the dedicated nurses and staff at Hospice of the Valley for their care of Bob during this difficult time.