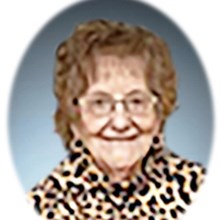 Ruth Lucille (Parent) Killa, 98, of Hermitage, passed away peacefully as a result of declining health on Tuesday, July 20, 2021, in her home.

Mrs. Killa was born August 31, 1922, in Fowler, OH, and passed just a few weeks prior to her 99th birthday. Born to the late Carmen V. Parent. Ruth resided in her younger years at the farmhouse that her father so lovingly built for the family in Fowler, Ohio.  Ruth loved living on the farm and spoke often of the wonderful memories she shared about growing up with her siblings. She was a 1940 graduate of Fowler High School.

Ruth married Harry W. Killa on April 26, 1946, and together they raised six children. Harry passed away January 21, 2013. They were members of First Presbyterian Church in Sharon, PA.

Prior to her marriage, Ruth was employed at the former Sharon Transformer Division of Westinghouse Electric Corp.  She worked in both the I35 and on the torpedo line. Upon leaving Westinghouse to begin a family, she then began a career as an Avon consultant.  She sold Avon products for more than 30 years, often receiving the Presidential Club Awards for outstanding sales.

Ruth is survived by her children, Kathleen (Ted) Kiester, Denise (Jerry) Matejka, Harry W. Killa II, David (Susan) Killa, Dan Killa and Denis (Darlette) Killa.  Also surviving are 13 grandchildren, Jerilyn, Mindy, Brad, Robert, Laurie, Julie, Matthew, Steven, Tyler, Nik, Carri, Dan and LeAnn; eleven great grandchildren, Mila, Maximo, Kevin, Libby, Lainey, Ben, Grant, Corinne, Molly, Chloe and Emilia, whom brought her immense joy.  She was most happy when all the family was with her for gatherings.  Over the years, Ruth taught the grandchildren the art of baking apple pie, which she excelled in, and making homemade pasta.  Her legacy of great cooking will live on in memory of her. In keeping with her husband’s heritage, Welsh cookies were also a requirement for the grandchildren to bake.

In addition to her parents and husband, Ruth was preceded in death by four sisters, Virginia Phillips, Eleanor Baker, Glendafaye Sciulli and Beverly Garlitz; her brother, Carmen Parent, II; and a grandson, Dennis Alan Killa.

Ruth belonged to various bridge and euchre clubs.  She loved the sport of bocce, and played in many social clubs along with her husband.  Ruth also enjoyed trips to the casino, and due to winning on the Elvis slot machine, it became her favorite. She practiced her civil duty and never missed voting in an election. In her earlier years, she was honored to have served as Judge of Elections.  Ruth was seen as a loving person who always put others before herself, especially her family.  She was also very charitable and truly enjoyed helping others when she could.

Ruth enjoyed the many people she met and formed many lifelong friendships.  She leaves behind her beloved friend and neighbor, Bernice Green; and joins her best friend, Mimi Reda, in eternal rest.  Our Mother’s final wish was that everyone “celebrate” her life and to always put other’s needs before your own.  She always conveyed that she lived a wonderful life and when God was ready for her, she would be at peace.

Ruth’s family would like to especially thank Ron and Kirk from St. John XX III Home for their kindness to Ruth. She loved living in the cul-de-sac.  Thank you to Hoaly “Lee” Pham, whom Mom loved like a daughter. Also, gratitude to Dr. Deborah Snyder and her Staff for the exceptional care and compassion shown to their beloved mother.  Lastly, sincere thanks to Mason and Samantha and the entire Family Hospice, a part of UPMC-Northwest.

In keeping with Ruth’s wishes, there are no services. Online condolences may be sent to the family at www.McGonigleFuneralHomeandCrematory.com