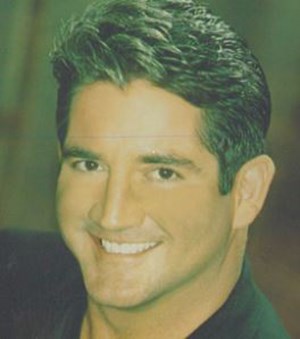 Poland—There will be funeral services at 9:15 a.m. on Friday, March 13, 2020 at the Rossi Brothers and Lellio Funeral Home in Boardman followed by a 10 a.m. Mass of Christian Burial at St. Luke Church in Boardman for Ted W. Rendinell, 57, who passed away Monday, March 9, 2020.

He was born April 7, 1962 in Youngstown, the son of Nicholas and Paully (Yazak) Rendinell. Ted earned his B.S. and B.A. from Bowling Green University and went on to work for DePuy Prosthetic Company in Atlanta where he sold medical prosthetics. He then returned to Youngstown to fulfill his passion of training young athletes. Ted owned Max Athletic Training. He was a volunteer strength and conditioning coach at Youngstown State University for various sports as well as training the Phantom Hockey Team.

Ted was a member of St. Luke Church and the National Strength and Conditioning Association. Ted will always be remembered lovingly by his brother, James B. (Dina) Rendinell of Chagrin Falls; five nieces and nephews, Deidra, Nicholas, James, Nicole and Dominic; and, sister-in-law, Maria Rendinell. He was preceded in death by his parents; and brother, Scott Rendinell.

Family and friends may call from 5 to 7 p.m. on Thursday, March 12, 2020 at the Rossi Brothers and Lellio Funeral Home, 4442 South Ave. in Boardman. The family respectfully requests contributions be made to Cardinal Mooney High School.