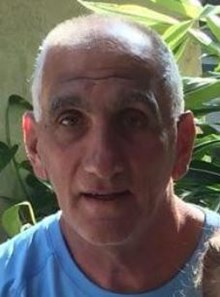 Thomas “TA” Anthony Andres, Jr. of Boardman, OH passed away at his home on Sunday, February 14, 2021 surrounded by family after a prolonged and courageous battle with cancer. He was born on September 11, 1954 to Thomas and Rosemont Andres of Niles, OH.

Tom was a standout football and basketball player for Niles McKinley and would go on to receive a scholarship to play football for Purdue University. During his four years as a Boilermaker, he dominated the field as a free safety, earned his bachelor’s degree in physical education, and met his lifelong friend and future brother-in-law, David Guthrie.

After college, Tom met Sandy Conti and were later married on September 4, 1982. In 1983, they welcomed their son, Thomas Anthony, and in 1989, their daughter, Brittany Marie. Tom started his career in the beer and wine industry and after 30 years he transitioned to being a pit boss at Mountaineer Casino. He enjoyed golfing, Buckeyes football, anything Sandy cooked, and in his later years, spending time with his grandchildren. A devoted and loving husband and father, Tom lived for his children, to whom he was both a mentor and best friend.

A Memorial Mass will be held on Saturday, February 27, 2021 at 2:00 pm at Christ Our Savior Parish, 764 Fifth St., Struthers, OH 44471 when friends and family may come to pay their respects. Due to COVID-19, social distancing rules will apply and guests, whose health allows, should wear a mask. Please avoid lingering after seeing the family for everyone's safety.

There are no items to show.