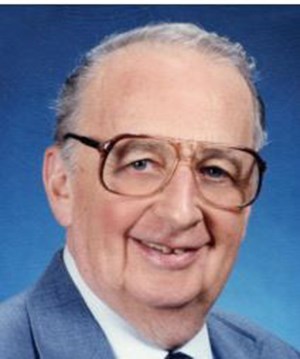 Thomas C. Calpin, 89 formerly of Youngstown, Ohio was called home to our Lord on Monday March 23, 2020 passing away peacefully at his home. Tom was born on July 9, 1930 in Youngstown, a son of James E. Calpin and Marie Harris Calpin. He lived in the Youngstown area for 87 years before moving to Bradenton, Florida.

Tom was a steelworker for 18 years, working in the metallurgical laboratories of Republic Steel's Bessemer plant. He was a proud soldier of the United States Army during the Korean War, serving in the 196th Regimental Combat Team.

An honors graduate of Youngstown University, Tom completed his bachelor’s degree in 1958. He earned his master’s degree in education from Westminster College, then continued his education at The University of Pittsburgh, Kent State, Columbia University, and Notre Dame.

Tom always felt that it was exceptional teachers who brought positive and meaningful changes to his life, including the good nuns of St. Patrick’s and Ursuline High School, and his outstanding professors. He was especially grateful to Dr. David Beehan at YSU, whose knowledge, wisdom, and encouragement led Tom to a lifetime of rewards as a teacher.

Mr. Calpin served the community as an educator for 45 years, in the classroom at Sebring McKinley, Greenford, East and Woodrow Wilson High Schools as well as serving the Youngstown Board of Education as instructional supervisor. He led successful school levy campaigns and produced the first of the all-city plays. Tom was especially proud to design and implement the first district-wide African-American studies program. Mr. Calpin retired from the Youngstown City Schools in 1993 after 31 years but taught as an adjunct professor of history at Youngstown State University until 2003.

A lifelong baseball fan, Tom followed the New York Yankees. He and Janet made a trip to Las Vegas each year for his birthday and enjoyed regular visits to the horse races at Mountaineer Park. Tom loved going on family vacations to historical places here in the United States and traveling to Europe with Janet and Boardman High School students with The American Leadership Study Group. He enjoyed reading history and poetry and released a volume of his own work, An Awakening in 2018.

Tom was preceded in death by his daughter Attorney Tammy Calpin, his son Tommy, his brothers William, Robert, and Jack Calpin, and his parents.

Interment will be at Poland Riverside Cemetery.

A celebration of Thomas Calpin’s life will be held at a later date to be announced.