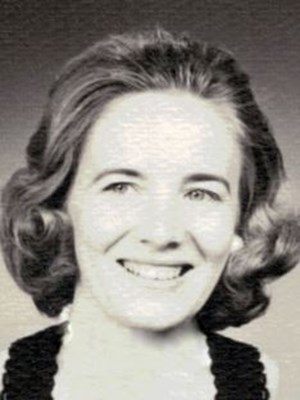 Veronica was born on September 14, 1930 in Youngstown, a daughter of the late Mike and Julia (Gondzella) Baksa.

She was a 1948 graduate from North High School. She worked as a cashier for several stores in the area, including Fisher Fazio’s and Valu King.

Veronica was a devout Catholic and a member of St. Edward Church. She was active in several prayer groups in the area.

Veronica leaves behind to cherish her memory, her children, Mark (Cindy) Campbell of Austintown and Linda (Mick) Reeder of Arlington, TX, her granddaughter, Starr (Mike Lynn) Campbell, and great grandchildren, Kadince and Jayden.

Other than her parents, Veronica was preceded in death by her beloved husband, James H. Campbell, whom she married October 13, 1956, and who passed away August 16, 2009, and her sisters Anna Baksa, Julia Materpietro, and Mary Clark.

Visitation will be held from 9:30 AM to 9:50 AM on Thursday, March 12, 2020 at Our Lady of Sorrows at Sts. Cyril & Methodius Church, followed immediately by a Mass of Christian Burial at 10:00 AM, celebrated by Fr. John Jerek. She will be buried at Calvary Cemetery.

Veronica’s family would like to extend their sincerest appreciation to Megan on the 8th floor at St. Elizabeth Hospital in Youngstown, as well as Brookdale Senior Living for their compassionate care of Veronica in her time of need.

Arrangements were entrusted to the Kubina-Yuhasz-Wasko Funeral Home.