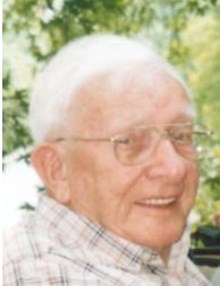 MINERAL RIDGE-William B. Shonce, 94, passed away early Sunday morning, November 15, 2020 at Continuing Health Care at the Ridge. Mr. Shonce was born February 8, 1926 in Andover, Ohio, a son of Earl H. and Edna (Jewel) Shonce. Bill was a Truck Driver with Strimbu Trucking, retiring in 1980. He served his country during WW ll with the U.S. Army. Bill had been a member of North Jackson Masonic Lodge. Bill loved spending time with his family, especially his grandchildren. He was a kind man and enjoyed helping others. Bill enjoyed flying and flew his own Cessna airplane. He also enjoyed crafts and was a master woodworker. Bill is survived by his wife of 44 years, the former Alice L. Bolen, whom he married February 14, 1976; his step-sons, Philip E. (Diane) Whiteman of Austintown and B. David (Joanne) Whiteman of Newark; his son, Brad Shonce of Brookfield; his brother, Kenneth (Betsy) Shonce of Vienna; his grandchildren, Jessica Whiteman, Katie Jones and John Orosz and 5 gr. grandchildren. Besides his parents, Bill was preceded in death by his daughter, Vicki; his brothers, Frank and Calvin; his sisters, Edith, Elsie, Irene and Jennie and his granddaughter, Amber Zurcher. There will be a Memorial Service at a later date. Memorial contributions may be given to Hospice of the Valley, 5190 Market St., Yo., OH 44512. Arrangements are by the Lane Family Funeral Homes-Austintown Chapel. Family and friends may visit www.lanefuneralhomes.com to view this obituary and send condolences.
“Fly High Bill”