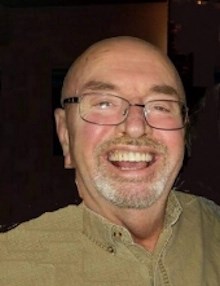 Bill was born on Sept. 24, 1948 in Youngstown, a son of the late Paul and Mara Louise Bagnull. He was a lifelong area resident.

Bill graduated from Chaney High School in 1966 and following graduation served an apprenticeship with Junedale meat market to become a meat cutter.

Bill worked as a meat cutter for 45 years at various grocery stores, including Sparkle, Fazios, Valu King and Giant Eagle before retiring in 2010.

He loved boating and fishing on Lake Erie, especially catching the walleye.

He was a wonderful softball coach for the Austintown Softball League where he had coached both of his daughters.

He leaves his wife, the former Patricia L.Kearney, whom he married on April 4, 1970; daughters Michelle (Scott) Smith of Austintown and Kimberly (Chris) Labedz of Streetsboro; grandchildren Mara Labedz, Scotty Smith, Samantha Smith and Christopher Labedz; a brother, Tom (Marlene) Bagnull of Lansdale, Pa.; and many nieces and nephews.

There will be no services or calling hours per Bill’s wishes.

To send flowers to the family of William G. "Bill" Bagnull, visit our Tribute Store.