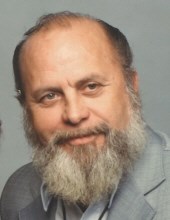 William was born in Cleveland, a son of the late John and Evelyn (Gortz) Hobson. William served in the United States Air Force and worked as a machinery repairman at General Motors, Lordstown Plant for over 20 years, retiring in 1989.

He was a member of the Lake Milton American Legion #737 and enjoyed working on his 1939 Oldsmobile. He loved football, especially the Cleveland Browns and Nascar and spending time with friends.

His wife, the former Mary E. Bowser-Hall whom he married in 1986, died January 19, 2012. He leaves His children, Tasha (William) Dusenberry of Austintown, Martine (Ivan) Smith of New Bethlehem, PA, Mitch (Christi) Nulph of Lebanon, OH and Nicole Hall of Pittsurgh; seven grandchildren; seven great-grandchildren and one on the way. William also leaves his brother, John Hobson of Strongsville. Besides his parents and his wife, he was preceded in death by a daughter, Rhonda Nulph.

Friends may call on Monday from noon until 12:45 pm, followed by the service at 1:00 pm at the funeral home.