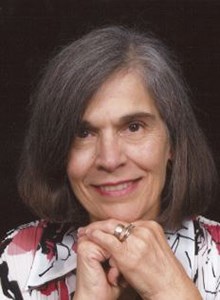 She was born Saturday, August 3, 1946 in New Castle, Pennsylvania the daughter of the late Mario and Giannina Pezzuti DeMatteis.

Yvonne retired in December of 2006 after 43 years working at Packard Electric.

She was a member of St. John Paul II Parish in Warren.

Yvonne is survived by her husband John “Jack” M. Diacin, Jr., whom she married on June 22, 1974; three children John M. (Erin) Diacin, III of Cortland, Jackie Mazur of Champion and Jessica Gribble of Champion; a sister Lola French of Bessemer; a brother Robert DeMatteis of New Castle and six grandchildren Paige, Parker, Gavin, Sofia, Garrett and Dylan.  She is also survived by her brother-in-law Thomas (Carol) Diacin of Austintown and sister-in-law Patricia Diacin of Youngstown.

Family will receive friends on Friday, July 3, 2020 from 4:00 p.m. until 5:50 p.m. in the Staton-Borowski Funeral Home.  Social distancing will be upheld,    and the wearing of a facial covering is recommended.

A Private Family service will take place on Friday, July 3, 2020 with an Order of Christian Burial service to be offered at 6:00 p.m. in the funeral home with Father Frantisek Katrinak as celebrant.