"We need to be at a point where we're talking about abolishing the bail system," said Stacey Little, co-creator of the Columbus Freedom Fund.
Jul 31, 2020 5:00 AM By: Public News Service 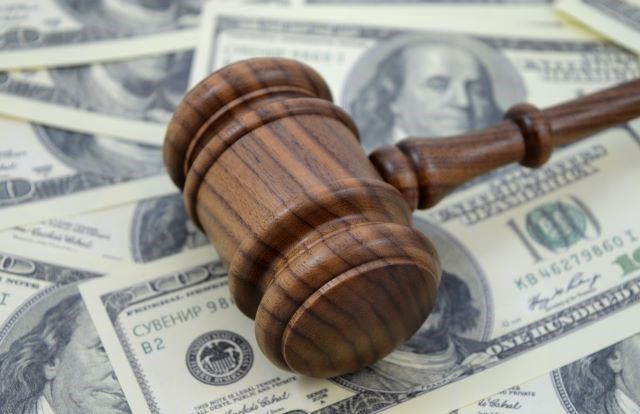 The killing of George Floyd on May 25 led scores of protesters to take their fight for racial justice to the streets. Thousands of protesters have been arrested in America since the protests began, drawing attention to a system that many believe discriminates against people — often people of color — who don't have money for bail. As a result, advocates for change are donating to bail funds in many states, including Ohio.

"The protests blew us up literally over a weekend," said Stacey Little, co-creator of the Columbus Freedom Fund, which has seen an increase in donations since the protests began.

The CFF is one of more than 60 community bail and bond funds of The National Bail Fund Network, one of the organizations trying to end mass incarceration as part of the nonprofit organization Community Justice Exchange. The network was established four years ago by a group of organizers who wanted to end pretrial detention and mass incarceration by using bail funds as an organizing tool.

"We provide technical assistance. We do a lot of coordinated strategy work," said Pilar Weiss, NBFN director. "We do some fundraising together. It's across the spectrum there."

Within five days of Floyd's death, the Minnesota Freedom Fund raised more than $20 million in donations, more than the organization expected. The influx of donations caused the fund to temporarily stop taking contributions and redirect them to Floyd's family and other local organizations.

Kent State political science major Bryce Schlenker has donated to multiple bail funds, including the MFF, Columbus Freedom Fund and Breonna Taylor's GoFundMe. He said his donations have been partly personal and partly because of the discrimination of marginalized communities by police in some states.

According to a 2019 Prison Policy Initiative report, nonwhite defendants are at least 10 percent to 25 percent more likely than white defendants to be detained pretrial or to have to pay money bail and are less likely to be able to afford it.

"There's a large Somali population that has immigrated to Minneapolis in that area," Schlenker said, "and the rates of police violence toward those POC are just really insane."

The number of donations to bail funds have increased with the help of celebrities such as Lizzo and Natalie Portman, urging people to sign petitions and donate on social media.

Little said she is glad the Columbus Freedom Fund has received an increase of donations, but she believes some judges will purposely set bail amounts to that amount to deplete bail funds.

“We are really careful about what we say, simply because we don't want the wrong ears to get on that and say, ‘OK, well, they have this amount of money, so we're gonna set this person's bail at $100,000,’” Little said. “It will deplete our bail fund much quicker than, say, if there's $5,000 bails or $2,000 bails or anything like that, so we just try to keep it real discreet.”

Despite this hurdle, Little said, the CFF does plan to announce the total amount of money raised at the end of the year.

Another obstacle to ending mass incarceration is a lack of cooperation among some police officers. On June 2, Cleveland Bail Project bail disrupter Anthony Body was arrested on curfew violation charges while trying to post bail for protesters at the Justice Center. He said he repeatedly tried to explain why he was there but they refused to listen and acknowledge his county-issued badge.

The first-degree misdemeanor charge was dismissed July 1, but Body said he still worries about how others who don't have connections such as his are being treated in the justice system.

"While going through the docket and hearing some of the video hearings, there was quite a few homeless folks on that docket," Body said. "You're basically punishing people for being homeless. You're putting people in a system that's failed them, and now putting them in a system again for even more failure."

During Body's 25-hour stint in jail, he noticed proper precautions to prevent the spread of COVID-19 were not being taken. He said the conditions were filthy and no one was able to social distance inside the cells.

The National Bail Fund Network is aware of the unsafe environment in jail cells and is using donations to help free people during COVID-19.

"We've seen a profound impact in terms of jail cells," Weiss said. "Jails, prisons and detention centers are the site of the highest infections across the country. They're incredibly dangerous anyway, but there's not adequate safety precautions or health care ways to protect people."

With COVID-19 and global Black Lives Matter protests happening simultaneously, Weiss said a lot of work remains to be done.

Advocates for change are heartened by the Ohio Supreme Court's refined proposal to Criminal Rule 46, which took effect July 1. The law previously allowed those who could afford their financial conditions of release to go home, often forcing people of color to stay in jail because they did not have money for bail. The amendment now mandates a lower amount of monetary bail to secure the defendant's appearance, among other improvements.

Little said she respects the tireless work and effort it took the American Civil Liberties Union to promote this amendment change, but added that it is only a good start to the CFF's end goal.

— This collaboration was produced in association with Media in the Public Interest and funded in part by the George Gund Foundation.

Experts warn many apps described as educational fall short
Nov 27, 2020 4:11 AM
Comments
We welcome your feedback and encourage you to share your thoughts. We ask that you be respectful of others and their points of view, refrain from personal attacks and stay on topic. To learn about our commenting policies and how we moderate, please read our Community Guidelines.