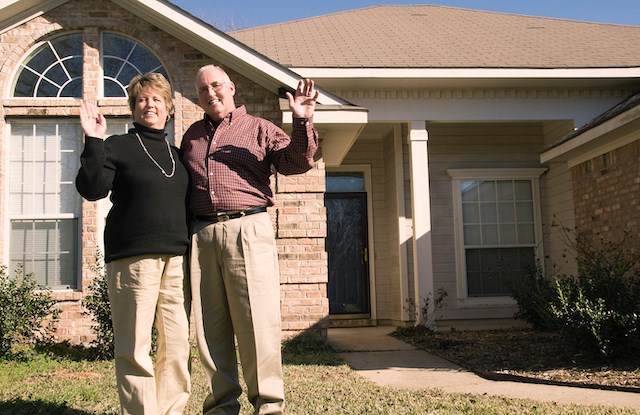 Ohio lost the 12th most residents of any state in 2018, according to Census Bureau data. (Getty Images)

Take a look at the U.S. Census Bureau migration data for any year in the past decade and it will tell you the same story: Ohio keeps losing residents to other states.

Ohio lost the 12th most residents of any state in 2018, according to Census Bureau data.

Ohio’s continued decline comes at a time when fewer Americans are moving than ever. STORAGECafé, a storage rental marketplace, noted that 2019, when 9.8 percent of Americans moved, was the first year since the bureau started tracking residential moves in 1947 that the percentage ever dipped below 10 percent.

And the 31.4 million Americans on the move this year were the fewest since 1954. The Census Bureau estimates about 4.6 million people moved out of state.

Where are the former Ohio residents heading? Florida was the most popular destination, with nearly 22,500 departures to there. Kentucky, Ohio’s southern neighbor, came in second with more than 15,000 moves, followed by Indiana, California and Michigan.

Incidentally, Pennsylvania, Kentucky and Michigan were the top three states that lost residents to Ohio.

“The migration flow in the U.S., state-to-state, says many things about the conditions in both the originating and destination states,” the STORAGECafé report noted. “Factors such as business climate, cost and quality of living, cultural attractions, taxes, labor market dynamism, job security and salary levels will certainly be important for anyone making the decision to move.”

According to a U.S. Congress Joint Economic Committee report from earlier this year, the people Ohio loses are among its best and brightest. According to the report, which looked at the moving patterns of highly educated individuals, Ohio saw a 19 percent gap between those who left and those who stayed. That’s the sixth-widest gap in the country.

The report also indicates the so-called “brain drain,” is not a new phenomenon for Ohio and other states in the industrial Midwest. In fact, it’s a trend that’s been ongoing for five decades.

In recent years, Ohio legislators have tried to stem the tide by proposing legislation, such as student loan debt relief, to keep its college graduates in the state. Even the Ohio Chamber of Commerce has made talent retention a key public policy priority by pushing for programs that keep “the best and brightest” from leaving.