Currently, anyone stopped by police must “promptly” alert officers if they are carrying a handgun. Under the proposed change, anyone with a gun would need to alert the officer that they are carrying only if asked.
Jun 22, 2020 5:11 AM By: Todd DeFeo 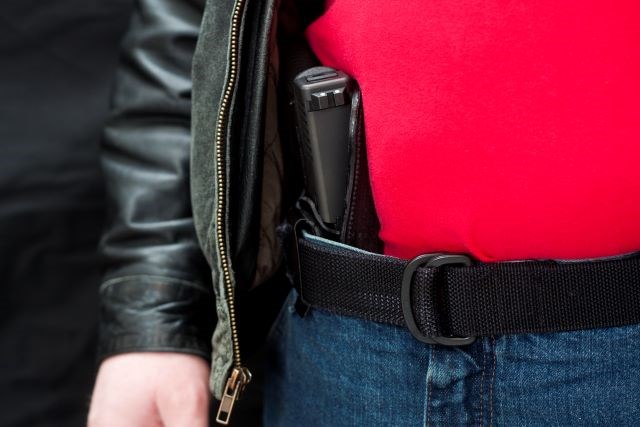 COLUMBUS — The state House passed legislation Republicans say protects the rights of concealed handgun license holders across the state, but Democrats say it will lead to confusion and potentially dangerous situations.

The state House approved House Bill 425, known as the Duty to Notify When Asked Law, by a 58-32 margin. It heads to the state Senate for consideration.

Currently, anyone stopped by police must “promptly” alert officers if they are carrying a handgun. Under the proposed change, anyone with a gun would need to alert the officer that they are carrying only if asked.

“Under current law, the duty to notify a police officer of carrying a firearm is vaguely written and carries the harshest penalties in the nation for Ohio’s more than 673,000 CHL holders — this has intruded on the constitutional rights of too many Ohioans,” state Rep. Scott Wiggam, R-Wayne County, said in a news release.

“Ohio citizens deserve to have laws that are understandable and clearly defined," Wiggam said. "The current law is ambiguous and arbitrarily enforced. We need to decriminalize normal encounters when upstanding citizens are engaging with law enforcement.”

As is the nature of many bills under consideration in the current political climate, the vote fell mostly along party lines.

Democrats offered a contrasting view from their Republican counterparts, citing protests after the death of George Floyd, the unarmed man who died in police custody in Minneapolis, to object to the bill and call on lawmakers to declare racism a public health crisis.

“As protesters continue to march across the country, there have been calls from law enforcement for communities to work alongside them to bridge racial divides and rebuild together,” Ohio House Minority Leader Emilia Strong Sykes, D-Akron, said in a statement.

“However, HB 425 is not working with police. In fact, it’s pushing through something that makes them less safe on the job while potentially putting even more black lives at risk," she added.

“No one asked for this bill. What people have asked for are common sense solutions that keep our kids and communities safe,” Sykes said. “This is a step in the wrong direction to end gun violence, restore trust and heal the deep wounds of division in our country.”

“This law gives control of the dialogue back to the law enforcement officer by allowing them to ask if the person they stop is carrying a concealed handgun," he said.

"A concealed handgun license holder no longer must interject themselves into the conversation with a law enforcement officer."