House advances bill legalizing purchase and use of fireworks in Ohio

Bruce Zoldan, CEO of Phantom Fireworks, said the passage of the bill in the state Senate would "double our business overnight in Ohio," adding that consumer fireworks are already legal in every state surrounding Ohio.
Jun 8, 2020 3:52 AM By: Todd DeFeo 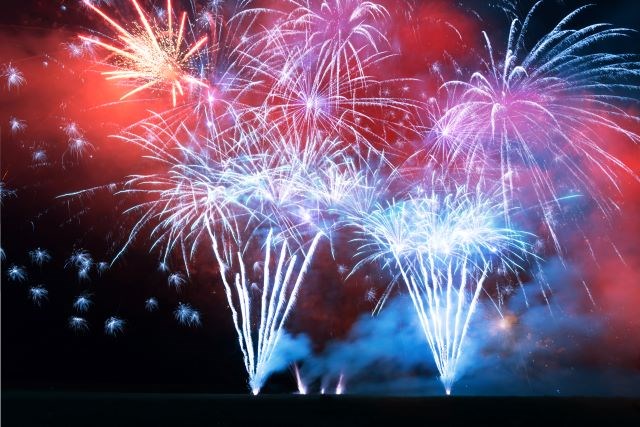 COLUMBUS — The state House has signed off on legislation legalizing the purchase and use of fireworks in the state, a move proponents say makes Ohio one of the last states in the country to do so.

House Bill 253, which the House passed by a 78-17 margin, would create the Ohio Fire Code Rule Recommendation Committee to advise the state fire marshal on rules around the manufacture, sale and use of fireworks. The committee would include officials at the local and state level.

Current law requires consumers who purchase fireworks in Ohio to transport them out of the state within 48 hours. It also bans anyone from using fireworks — known as 1.4G fireworks — in the Buckeye State.

The bill “will update our state’s antiquated fireworks laws,” state Rep. Michael O’Brien, D-Warren, said on the House floor. “Ohio firework laws have been largely unchanged for decades while our bordering states permit the sale and use of fireworks. Because of this, our citizens are allowed to purchase fireworks in Ohio, but unfortunately, they’re required to travel to another state to legally set those fireworks off.”

HB 253 now heads to the state Senate for consideration. If approved and signed into law, the bill “would make Ohio the 49th state in the country to allow fireworks usage,” O’Brien added.

Bruce Zoldan, CEO of Phantom Fireworks, said the passage of the bill in the state Senate would "double our business overnight in Ohio," adding that consumer fireworks are already legal in every state surrounding Ohio.

Phantom Fireworks is the largest U.S. retailer of consumer-grade fireworks and is headquartered in Youngstown.

Noting the overwhelming passage in the House, Zoldan said, "We feel comfortable it would pass in the senate by even a greater margin if Senate President [Larry] Obhof puts it on the floor for a vote."

Zoldan is less confident that a Senate vote will take place, because of pressure facing Obhof, R-Medina, which includes lobbying from the Ohio Affiliate of Prevent Blindness and medical groups. He questions, too, if Gov. Mike DeWine wants to take on another controversial issue in the wake of the COVID-19 pandemic, stay-at-home orders and the gradual reopening plan that has sparked some protests.

While debating the bill, members of the House Commerce and Labor Committee heard from several citizens and organizations, including the Ohio Chapter of the American Academy of Pediatrics, who opposed the proposal. The committee also heard from fireworks companies and other organizations associated with the industry that supported the measure.

The bill imposes a 4 percent fee on fireworks sold in the state starting 100 days after the legislation goes into effect. Seven-eighths of the revenue will go toward firefighter training programs, while the rest goes to cover costs the state fire marshal incurs while administering the law.

The bill gives local governments the authority to set dates and times a person may use fireworks. It also requires retailers to give customers safety pamphlets when they purchase fireworks.

“This bill notably eliminates the requirement for Ohioans to take fireworks out of the state once purchasing them within the state,” state Rep. Brian Baldridge, R-Winchester, said in a news release. “Being a firefighter myself, I am proud to support legislation that encourages safety as it relates to fireworks. This legislation is also supportive of the law enforcement community, as it provides funds to firefighter training.”

Right now, Zoldan said, he is emphasizing how safe consumer-grade fireworks are vs. products seen in large-scale city displays.

Zoldan noted this fireworks season has been a part of a very unusual year, ranging from uncertainty overseas about products from China which saw factories shut down at the start of the pandemic to uncertainty at home when Phantom closed it's 80 showrooms due to stay-at-home orders.

Now, sales are "astronomical" as states are reopening and people are having backyard picnics and celebrating with fireworks.