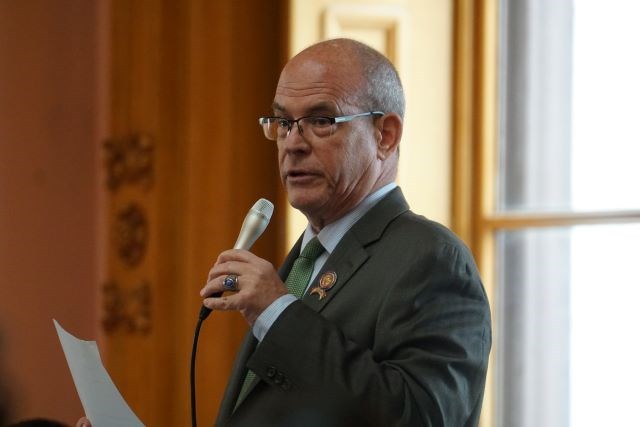 House Bill 738 would repeal HB 6, a $1 billion bailout for Ohio's two nuclear power plants, which was signed into law in July 2019. Householder and several associates were allegedly paid tens of millions of dollars to pass HB 6 and to prevent a referendum against the law from coming before Ohio voters. Householder was arrested last week for his role in the alleged scheme. The FBI investigation into the situation is ongoing.

“House Bill 6, whether good policy or not, was founded on and funded by a scheme to defraud taxpayers and circumvent the will of the people of our state,” O’Brien said in a news release. “Recent events have been a black eye for our institution, and our legislation is the first step toward repairing the damage to the public trust caused by Republican leaders in the Ohio House.”

The Ohio House plans to vote Thursday on Householder’s removal. Republicans took a secret vote on the matter Tuesday that was prompted by the speaker’s refusal to resign.

State agency receives 2 million face masks for Ohio schools
Aug 5, 2020 2:30 PM
Comments
We welcome your feedback and encourage you to share your thoughts. We ask that you be respectful of others and their points of view, refrain from personal attacks and stay on topic. To learn about our commenting policies and how we moderate, please read our Community Guidelines.