The state does not have established maximum levels for many known drinking water contaminants.
Feb 12, 2020 4:52 AM By: Todd DeFeo 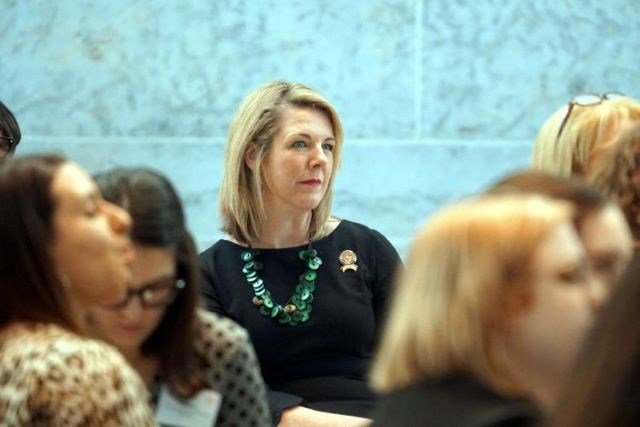 In Ohio, toxic per- and polyfluoroalkyl substances (PFAS) compounds have been found in Dayton, Columbus and Cincinnati drinking water, the lawmakers said. However, the Buckeye State does not have established maximum levels for many known drinking water contaminants.

“People across Ohio are being exposed to unsafe drinking water that is polluted with dangerous toxins and contaminants, putting our citizens’ health and safety at risk simply by drinking the water that flows into their homes and public places,” Russo said in a news release. “… By introducing the Safe Drinking Water Act, we can ensure Ohioans have safe drinking water, as well as set a national example for other states to follow.”

Under House Bill 497, the Ohio EPA would need to establish a maximum contaminant level for toxic compounds, including PFAS, Chromium-6 and 1.4 dioxane.

“The scientific data being gathered on these dangerous toxins has created an imperative to address the need for clean water and the elimination of pollutants in our environment,” Lightbody said in a news release.

“Recent changes in federal water standards make it critical that we set standards in Ohio to protect our water sources from ‘forever’ chemicals such as those in this bill,” Lightbody added. “We serve communities across Ohio and future generations deserve advocates who act now in the best interests of their health and well-being.”

In December, at the request of Gov. Mike DeWine, the Ohio EPA and the Ohio Department of Health released a plan to analyze the prevalence of PFAS in the state’s drinking water.

“The science is still evolving regarding PFAS chemicals, but we know that certain people — like unborn babies, infants and children — are at higher risk for negative health effects if exposed to them,” ODH Director Amy Acton said in a December news release.

Man-made PFAS are used in a range of products, including carpeting, cookware, food packaging and the foam firefighters use. Contamination can migrate through the soil, causing potential threats of pollution to surface and groundwaters.

“These standards will be set to protect residents from known contaminants that evidence has shown to increase the risk of cancer, reduce fertility in women, interfere with hormones, increase cholesterol levels, and negatively affect the immune system and development in infants and children,” Russo said in a Facebook post.