Ohio legislation would require local jurisdictions to comply with ICE 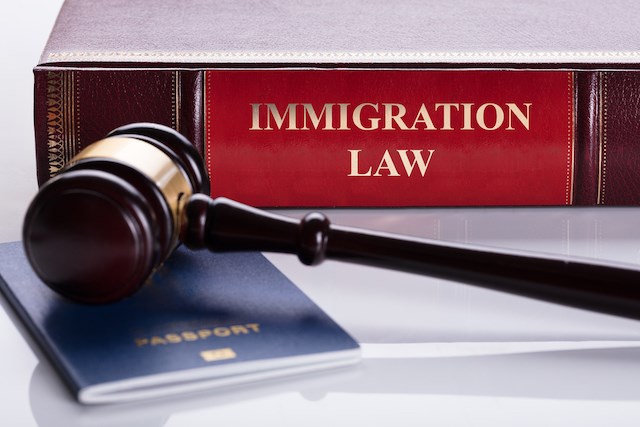 COLUMBUS — A bill would require law enforcement agencies across Ohio to cooperate with U.S. Immigration and Customs Enforcement officials and, if approved, the state could withhold funding for jurisdictions that refuse to help.

If lawmakers approve House Bill 169, the state Department of Public Safety “will incur indeterminate costs,” according to a Legislative Service Commission review of the bill. However, the precise cost of the legislation is unclear.

“Put very simply, this bill will put in place measures to curtail illegal immigration in our state,” state Rep. Niraj Antani, R-Miamisburg, told the House Criminal Justice Committee. “If a political subdivision becomes a sanctuary for illegal immigrants — that is, if they in any way do not cooperate with the federal government on immigration matters — they will lose state funding.”

State Rep. Don Manning, R-New Middletown, has signed on as a co-sponsor of the bill. It has opposition from the Ohio Municipal League, among others.

The bill also provides a mechanism for a victim of a crime committed by an illegal immigrant to remove public officials who voted for their political subdivision to become a sanctuary. While the bill was introduced in March, the House Criminal Justice Committee held its first hearing on the proposal this month.

In its review, the LSC noted the legislation, if approved, “might be vulnerable to a challenge on the ground that it violates the home rule provisions of the Ohio Constitution.”

“Because federal law allows a municipality to decline to participate in voluntary federal immigration enforcement programs, such as ICE detainer requests, and some municipalities do so decline, a court might find that the bill violates an Ohio municipality’s home rule power to make that decision,” the LSC added.

In 2017, Cincinnati officials declared the city to be a sanctuary city. The Dayton School Board voted last year to be a sanctuary school system, said Antani, who noted his parents immigrated to the country legally.

“My understanding is this was an attempt by Rep. Antani, who is running for Senate, to try to get points inside his base for some things that aren’t completely factual … on the backs of Dayton students,” Whaley said.

No members of the House Criminal Justice Committee asked questions during a brief hearing about the proposal.

State Rep. Candice Keller, R-Middletown, told the committee she has heard from both constituents and residents across the state supporting the legislation.

“No matter what corner of Ohio these citizens are from, their cry is the same — sanctuary cities are making our communities less safe,” Keller said.