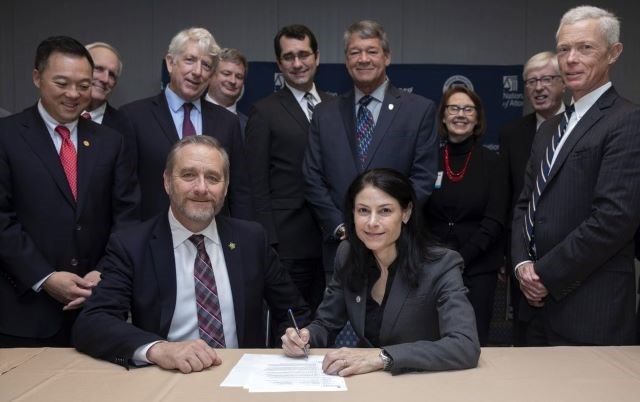 WASHINGTON — Ohio Attorney General Dave Yost and Michigan Attorney General Dana Nessel were joined in a bipartisan coalition of all 56 state and territory attorneys general Wednesday (Dec. 11) in calling for Congress to permanently classify fentanyl-related substances as Schedule I drugs.

“Fentanyl is a catastrophic killer that warrants a spot in the top tier of deadly drugs,” Yost said in a news release. “If this dangerous, highly addictive opioid isn’t a Schedule I drug, then why even have drug classifications?”

Schedule I drugs are defined as drugs with no currently accepted medical use and a high potential for abuse.

In the letter, Yost and Nessel urge Congress to pass S. 2701, the Federal Initiative to Guarantee Health by Targeting Fentanyl Act, a bipartisan bill introduced by U.S. Sens. Rob Portman, R-Ohio, and Joe Manchin, D-W.Va. Attorneys general from every state, territory and the District of Columbia signed the letter.

“I appreciate Ohio Attorney General Yost and Michigan Attorney General Nessel leading all of our country’s attorneys general in urging Congress to pass the FIGHT Fentanyl Act, my bipartisan legislation to permanently criminalize fentanyl-related substances in the United States,” Portman said. “Fentanyl knows no zip code and is devastating individuals and families all across the country. This bipartisan legislation is vital to our efforts to keep fentanyl out of our communities, and I urge my colleagues in Congress to listen to our attorneys general and join in supporting this common-sense legislation.”