“Our school administrators have been educated in best practices for what to teach and how to teach, not what are best practices for school safety,” said Joe Charles, co-owner of 360 Safe Solutions.
0
Jan 28, 2020 4:49 AM By: Todd DeFeo 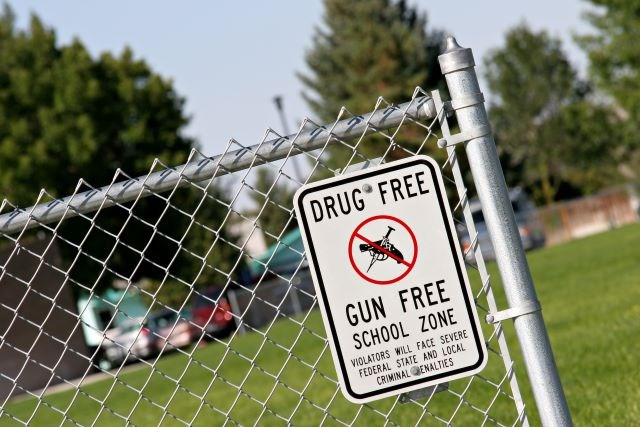 COLUMBUS — A pair of state Senate committees is considering proposals — including a program that could cost millions of dollars — aimed at stemming gun violence in Ohio.

Senate Bill 147 would create the Ohio School Marshal Program within the Department of Public Safety. The new agency would provide school and campus safety and security to public and private schools across the Buckeye State.

The proposal could cost millions of dollars, according to a state analysis of the legislation, though the precise amount is unclear. The bill does not appropriate funding, but the Department of Public Safety resources could reallocate resources to fund the program.

The proposed program “provides an opportunity to improve the state’s school safety protocols and procedures by delivering a comprehensive safety plan for all primary and secondary schools and institutions of higher education,” Joe Charles, co-owner of 360 Safe Solutions, said in prepared testimony to the Senate Local Government, Public Safety and Veterans Affairs Committee.

Meanwhile, the state Senate Government Oversight and Reform Committee had a second hearing last week on a bill that would raise to 21 the minimum age to buy a firearm in Ohio.

Senate Bill 182, introduced after a deadly shooting in Dayton in August, also increases the penalty for improperly furnishing firearms to an underage person to a third-degree felony.

“This legislature has an opportunity this year to be on the right side of this conversation and begin to push legislation that makes our state safer and helps keep firearms out of the hands of people who should not possess them,” Tara Talgar, a representative of Moms Demand Action, said in prepared testimony to the committee.

“The effects of gun violence extend far beyond those struck by a bullet: Gun violence shapes the lives of the millions of children who witness it, know someone who was shot or live in fear of the next shooting,” Talgar added. “Let us use this moment to shape their lives for the better and work to end that fear.”