The School Bus Safety Act would increase the maximum fine from $500 to $1,000 for motorists who improperly pass a stopped school bus. It also would establish increasing tiered penalties for additional infractions motorists commit within 10 years.
Feb 14, 2020 3:52 AM By: Todd DeFeo 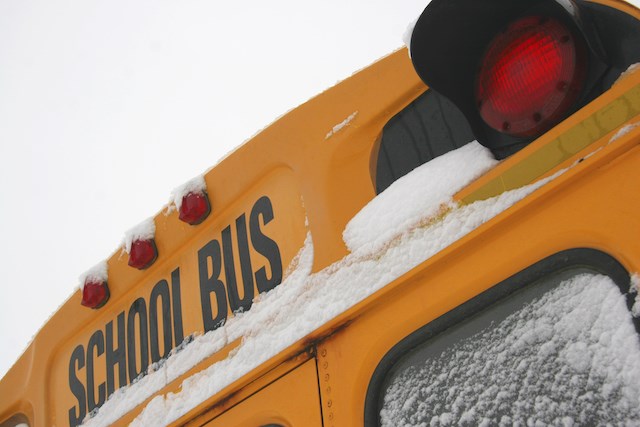 COLUMBUS — The state Senate unanimously passed a bill aimed at strengthening penalties for motorists who violate laws near school buses.

Senate Bill 134, the School Bus Safety Act, would increase the maximum fine from $500 to $1,000 for motorists who improperly pass a stopped school bus. The legislation also would establish increasing tiered penalties for additional infractions motorists commit within 10 years.

The bill would allocate $250,000 in the 2020 fiscal year and $250,000 in the 2021 fiscal year for grants to jurisdictions and school districts that provide student transportation. It would require the director of the state’s public safety department to establish guidelines for distributing the grants, which go to purchase and install bus cameras.

“There is never an acceptable reason to illegally pass a school bus, and I am thankful that we are one step closer to better ensuring the safety of our students as they go to and from school,” state Sen. Theresa Gavarone, R-Bowling Green, said in a Facebook post.

Gavarone cited a 2018 report from The Columbus Dispatch that found there were 4,036 crashes statewide involving a school bus between 2015 and 2017. During that time, authorities cited 4,198 drivers for failing to stop for a school bus while it was loading or unloading children.

The Ohio Prosecuting Attorney’s Association, the Ohio Education Association and several local districts addressed the Senate in favor of the legislation.

The Ohio School Boards Association and the Buckeye Association of School Administrators worked with school districts across the state for a survey to determine how many vehicles illegally pass stopped school buses.

Of the 15,000 school bus drivers from 183 school districts that participated in the survey, motorists illegally passed more than 1,500 buses, the study found. While the overwhelming number of motorists (98 percent) passed the bus on the left, 2 percent passed on the right, the examination revealed.

Ohio agencies look to reduce racial bias in child welfare
Jul 13, 2020 4:11 AM
Comments
We welcome your feedback and encourage you to share your thoughts. We ask that you be respectful of others and their points of view, refrain from personal attacks and stay on topic. To learn about our commenting policies and how we moderate, please read our Community Guidelines.