A study from the Rochester Institute of Technology estimates 5.5 million pounds of plastic trash are dumped into Lake Erie each year.
Jul 28, 2020 10:00 AM By: Public News Service 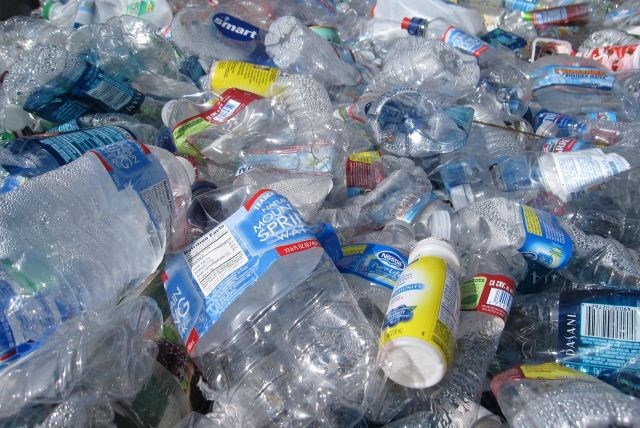 COLUMBUS — As millions of people pledge to go plastic-free this month as part of the Sierra Club's Plastic-Free July campaign, the coronavirus pandemic has led to an increase in plastic usage in the U.S. overall.

Randi Pokladnik is a retired research chemist and environmental activist in southeastern Ohio. She said plastic packaging tossed into the garbage ends up in landfills, where it begins to leach toxic chemicals that seep into the soil and water over time.

"They just don't break down. They're experimenting with some bacteria and enzymes to help cleave the linkages between the polymers, but basically they don't break down," Pokladnik said. "They've found yogurt containers on the beaches with 1970 dates on them."

Some local governments in Ohio, such as the city of Bexley, have adopted ordinances to curb the distribution of plastic bags and other single-use plastic items. However, state lawmakers recently advanced legislation aimed at prohibiting municipalities from passing so-called plastic bag bans.

While plastic recycling efforts have been hampered by the coronavirus, Pokladnik pointed out most plastics are not designed to be reusable or recyclable.

"Forty percent-plus of most of the plastics made today are single-use packaging," she said. "And I don't think it would take long for somebody to realize that. Just step into any grocery store, and you'll see aisles and aisles of beverages in plastic bottles."

She said exposure to plastic pollution has been shown to have a host of negative health effects, including certain cancers, birth defects and immune-system problems.

"Some of the compounds that are used and heavy metals that are used in the plastic formulations are very toxic; they get into the human body," she said. "It's very disturbing."

A study from the Rochester Institute of Technology estimates 5.5 million pounds of plastic trash — including lids, food wrappers, straws, stirrers, bottles and plastic bags — are dumped into Lake Erie each year.

State agency receives 2 million face masks for Ohio schools
Aug 5, 2020 2:30 PM
Comments
We welcome your feedback and encourage you to share your thoughts. We ask that you be respectful of others and their points of view, refrain from personal attacks and stay on topic. To learn about our commenting policies and how we moderate, please read our Community Guidelines.