One survey found that 50 percent of respondents did not vote in judicial elections because they did not have enough information about the candidates.
0
Jan 3, 2020 5:35 AM By: Tyler Arnold 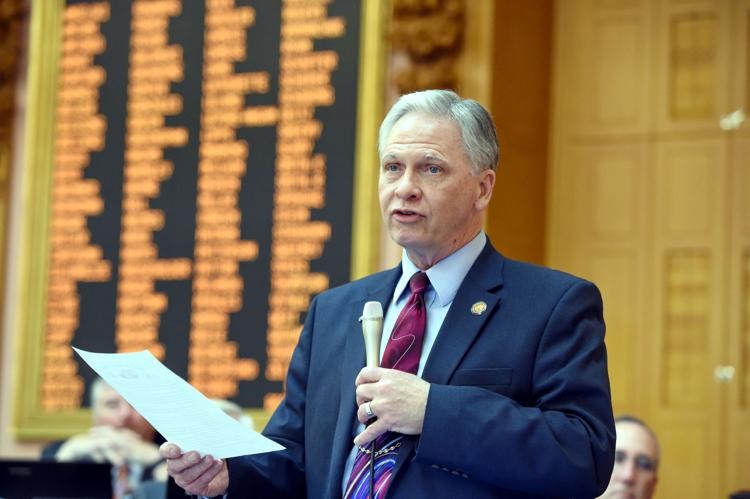 Ohio state Rep. Stephen Hambley, R-Brunswick, said the current system permits party involvement in the election process, so the natural extension would be to provide that information to a voter on the ballot. (Photo courtesy of the Ohio House of Representatives)

COLUMBUS — Two Ohio representatives have introduced legislation that would allow a judge to include a political affiliation next to his or her name on the ballot.

Although judicial candidates cannot currently list their party next to their name on ballots, a candidate is allowed to openly campaign on issues and to include party affiliation in campaign literature and in advertisements.

Parties are allowed to be directly involved in the race and communicate their support for a candidate to voters.

“Even if a judicial candidate is nominated through a partisan election, they are not allowed to identify to their party on the general election ballot,” Rep. Stephen Hambley, R-Brunswick, said in a news release. “Ohio already permits judicial candidates to have party affiliated advertisements and literature if they so choose. I believe it is time to give voters all the information they need to know about their judicial candidates on the ballot as they vote.”

Hambley is co-sponsoring the bill with his Democratic colleague, Rep. Michael Skindell, D-Lakewood.

The main motivation for House Bill 460 is to provide more information to voters at the ballot box, Hambley told The Center Square in a phone interview. He said that the current system already permits there to be party involvement in the election process, so the natural extension would be to provide that information to a voter on the ballot.

If Ohioans want to prevent judicial seats from being partisan, Hambley said that they would need to remove party involvement altogether. However, he said, the differences between the parties and their involvement in the process can help voters decide who they want to vote for.

Hambley said that the legislation would likely encourage people to vote. He cited a 2014 Ohio Judicial Elections Survey by the Ray C. Bliss Institute of Applied Politics, which found that 50 percent of respondents did not vote in judicial elections because they did not have enough information about the candidates. About 60 percent of said that the most common reason they did not vote was because the party affiliation was not on the ballot.

Nearly two-thirds of voters said a party label would be helpful.