Reps. Gil Blair of Weathersfield and Brigid Kelly of Cincinnati introduced a resolution in October that called on leaders to pass the PRO Act.
0
Feb 6, 2020 5:46 AM By: Mahoning Matters staff 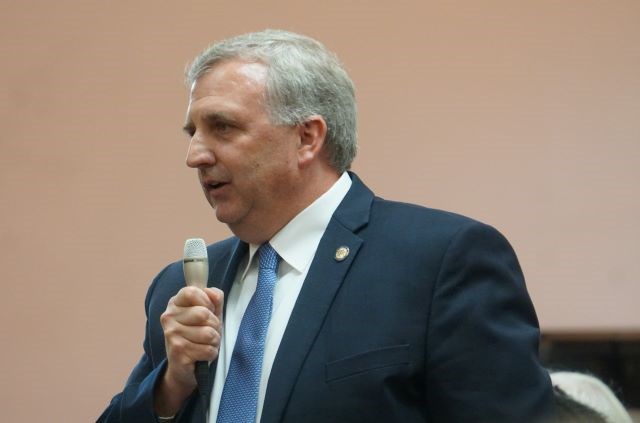 The vote is pending before the U.S. House.

“We expect a vote this week on the PRO Act, and we implore the Ohio congressional delegation to vote to strengthen protections for working people — not undermine them by continuing to chip away at their rights,” Blair said in a news release.

The bill would give millions of workers additional protections to organize and negotiate for better pay, better benefits and safer working conditions, according to the release.

Blair and Rep. Brigid Kelly, D-Cincinnati, introduced a resolution in the Ohio House in October 2019 that called on congressional leaders to stand with working people and pass the PRO Act (HR 2474).

Ohio House Democrats: Stop foreclosures during COVID-19 crisis
Apr 7, 2020 8:38 AM
Comments
We welcome your feedback and encourage you to share your thoughts on this story. We ask that you be respectful of others and their points of view, refrain from personal attacks and stay on topic. To learn about our commenting policies and how we moderate, please read our Community Guidelines.