House Bill 399 would, in part, lower state-mandated licensure hour requirements for cosmetology, hair designer and barber licenses. It would also implement license reciprocity to recognize licenses from other states.
0
Feb 25, 2020 4:51 AM By: Todd DeFeo 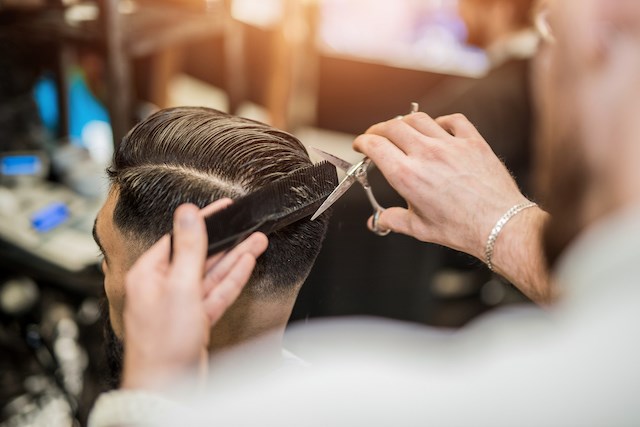 COLUMBUS — State lawmakers are considering changes to cosmetology and barber licensing laws, a move that is pitting industry groups who argue current laws protect the public against business groups in favor of deregulation.

“Extensive licensing requirements only make finding a job more difficult,” Greg Lawson, a research fellow at The Buckeye Institute, said in prepared testimony. “Every hour of unnecessary, unpaid training needed to satisfy bureaucratic requirements is an hour not spent earning tips, impressing a boss, serving a customer, or climbing a corporate ladder. Those are hours of productivity, hours of opportunity that young, low-income workers sorely need, but that the state continues to take away.”

However, James Trakas, legislative agent for the Ohio Barber and Beauty Alliance, said the bill has little to do with regulation.

"Current law does not throw up barriers to entry into this profession," Trakas said in prepared testimony. "Current law sets basic educational standards that are consistent nationwide and provides the basis for a prosperous career in the industry.”

However, proponents of the change argue too much regulation is ineffective.

“Ohioans, and those wishing to move to Ohio to contribute to our economy, deserve the dignity of personal choice as consumers and the ability to support their families without undue government burdens as they seek fulfilling work,” Jeff Dillon, legislative liaison for Americans for Prosperity – Ohio, said in prepared testimony.

As proposed, the change would not significantly impact state revenue levels, according to a Legislative Service Commission (LSC) review.

Eliminating independent contractor licenses could result in a biennial loss of roughly $1.5 million in license revenue for the State Cosmetology and Barber Board, the LSC determined. However, any lost revenue could be offset by permit fee structure changes under the bill, and the flexibility afforded the board in establishing license and permit fees.

CDC warns against coronavirus self-treatment with aquarium chemicals
Mar 29, 2020 5:23 PM
Comments
We welcome your feedback and encourage you to share your thoughts on this story. We ask that you be respectful of others and their points of view, refrain from personal attacks and stay on topic. To learn about our commenting policies and how we moderate, please read our Community Guidelines.