Union membership in Ohio continued to decline in 2019 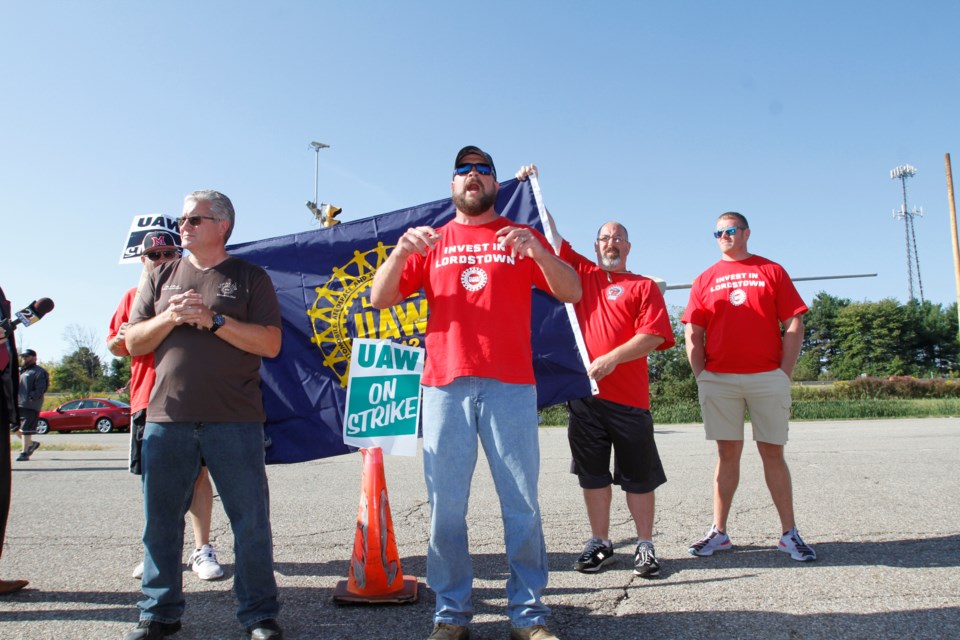 Striking UAW workers are seen at the closed GM Lordstown plant last year. Ohio’s union membership continued to decline in 2019, according to numbers released by the U.S. Bureau of Labor Statistics. (Mahoning Matters)

The percentage of Ohio’s workforce that belongs to a union continued its downward trajectory in 2019, according to numbers released by the U.S. Bureau of Labor Statistics.

Union membership in the state declined by 0.7 percent from 2018 compared with 2019, decreasing from 12.6 percent of the workforce to 11.9 percent. However, Ohio still remains one of the most popular states for unions in the country.

The percentage of the national workforce that belongs to a union was 1.8 percent lower than Ohio at 10.1 percent. Ohio was also one of the leading states for total union members at 600,000.

According to the report, more than half of the country’s total union members came from seven states: California with 2.5 million, New York with 1.7 million, Illinois with 800,000, Pennsylvania with 700,000 and New Jersey, Ohio and Washington each with 600,000.

In 1983, which is the first year for which this type of data is available, union membership was 20.1 percent of the workforce.

The national union membership rate was much higher in the public sector than the private sector, 33.6 percent to 6.2 percent, respectively.