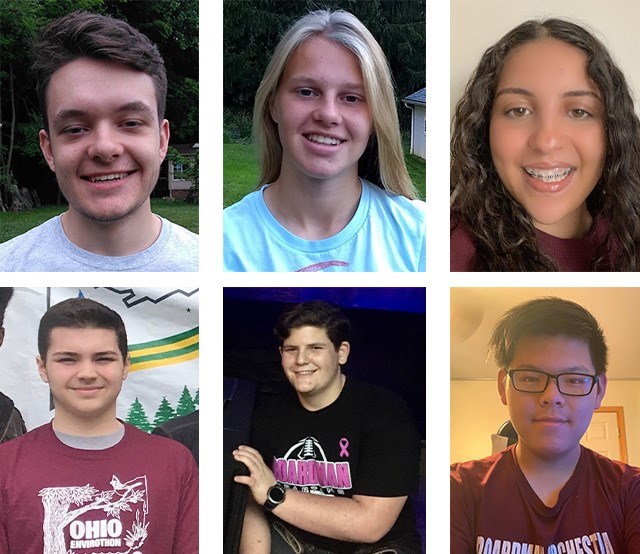 BOARDMAN — Boardman High School’s success at the Ohio Envirothon continued as this year’s team placed third in the state competition.

Boardman has qualified for the Ohio Envirothon eight times in the past decade and has earned a top-three finish every year since 2014.

Unlike past years, this year’s competition was virtual after all in-person regional and state events were canceled.

Thirty teams representing 19 school districts across the state participated in an online test in late April. The six top-scoring teams, which included Boardman, then developed a 5-minute presentation that was judged virtually. The top three teams, using both the online test and the presentation score, received awards. The Boardman team earned $50 individual prizes and a $300 team prize.

The Envirothon is a competition among high school students designed to enhance interest in the environment and natural resources. Throughout the competition, students are tested in the areas of soils, forestry, wildlife, aquatic ecology and current environmental issues.

Boardman’s Envirothon coach and advisor, Heather Moran, was awarded Teacher of the Year  in February by the Ohio Federation of Soil and Water Conservation Districts — the organization that supports the Envirothon.

Ohio educators concerned about funding needs as a result of COVID-19
Jul 1, 2020 4:26 AM
Comments
We welcome your feedback and encourage you to share your thoughts. We ask that you be respectful of others and their points of view, refrain from personal attacks and stay on topic. To learn about our commenting policies and how we moderate, please read our Community Guidelines.