In 2015, the Pavlov family also established the Helen Pavlov Memorial Scholarship in memory of their mother.
Jul 22, 2020 2:07 PM By: Mahoning Matters staff 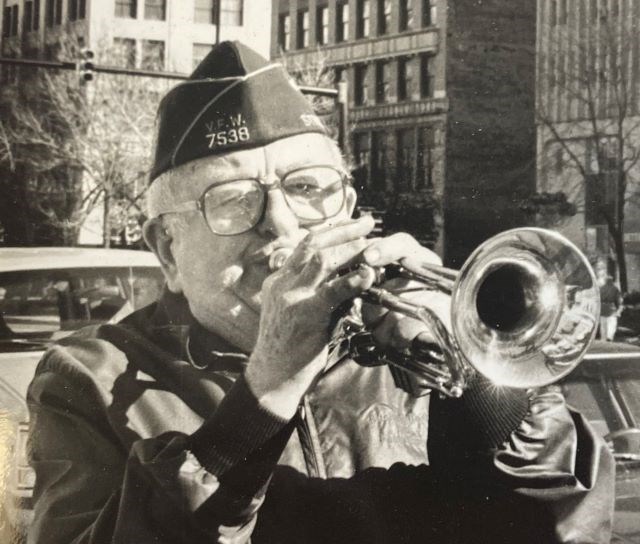 YOUNGSTOWN — Black students at Youngstown State University will have the opportunity to apply for new funding.

With a gift of $110,000, the scholarship is exclusive to Black undergraduate and graduate students at YSU, with preference given to first-generation college students.

Joseph was born Feb. 1, 1925, in Struthers. He served in the U.S. Navy during World War II on the USS Intrepid. For years, he honored fellow veterans by playing taps at more than 8,500 funeral services before his death in May 2016. He was 91.

Joseph’s professional background was in the auto-body industry. He was an auto-body manager at Donnell Ford and later purchased Buckeye Body and Paint Supply at 1707 Market St. on the city’s South Side. The company was sold to Sherwin-Williams Automotive in 1988; however, Joseph still owned the property and mixed paint until he retired at 85.

The Pavlov family also established the Helen Pavlov Memorial Scholarship in memory of their mother, Helen. Endowed in 2015, the scholarship awards YSU students studying philosophy or religious studies. Preference is given to those residing in Mahoning County.

In a news release, Jennifer Staaf said her parents “loved YSU and belonged to the Penguin Club and the Philosophy Circle, and were season ticket holders for football.” She said, “Our parents were both special people, always taking people in, providing jobs, lending money, etc., to many people in the Valley. Never was the help they gave based on a person’s skin color. ... We were taught to love all and hate no one.”

In 1996, the YSU Foundation began matching gifts to all minority scholarships to assist the university in attracting a more diverse student population. More than $1.4 million has been matched in contributions designated to minority scholarships, according to the release.

With the foundation’s match, the initial corpus of the Joseph Pavlov Jr. Minority Scholarship will be $220,000.

School reopenings in the Mahoning Valley: Everything to know
Aug 3, 2020 5:45 AM
Comments
We welcome your feedback and encourage you to share your thoughts. We ask that you be respectful of others and their points of view, refrain from personal attacks and stay on topic. To learn about our commenting policies and how we moderate, please read our Community Guidelines.