The position was named in honor of Darling, a former YSU history professor and longtime host on WYSU radio.
Sep 11, 2020 2:51 PM By: Mahoning Matters staff 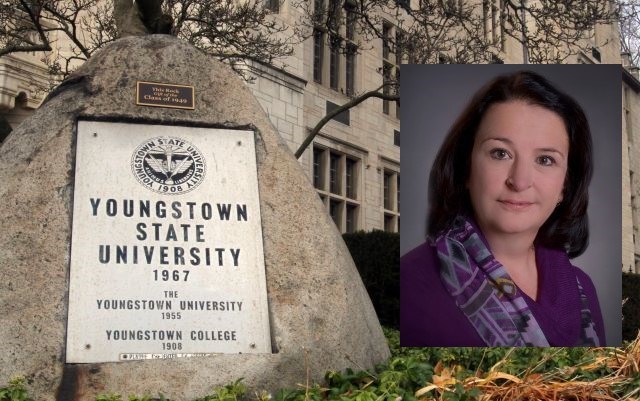 The chair position, named in honor of the former YSU history professor and longtime host on WYSU radio, was bestowed at a ceremony today on the YSU campus by Charles Howell, dean of YSU’s Beeghly College of Liberal Arts, Social Sciences and Education, and by George Beelen, faculty emeriti of history and chair of the History Department from 1977 to 1992.

“I am honored to receive this prestigious appointment and to carry on the legacy of professor Darling and the Department of History in which he served,” Pallante said in a news release. “Darling, who left an indelible mark on YSU and the entire Mahoning Valley both in the classroom and on the air, believed that the study of history was central to understanding not only the past, but also the future.”

Longtime chair of YSU’s Department of History, Pallante earned a bachelor’s degree from YSU, a master’s from the College of William and Mary and a doctorate in American history from the University of Pennsylvania. She led the department’s collaboration with the Youngstown Historical Center for Industry and Labor, and later served in leadership positions in the YSU College of Liberal Arts and Social Sciences, including associate dean and interim dean.

Darling, who died in 2018 at age 86, left a gift of $2.2 million in his estate to establish the endowed faculty chair position.

“Endowed professorships like this raise the academic reputation of the university and give students the opportunity to work side-by-side with top researchers,” Howell said in the release. “We are grateful for Mr. Darling’s generosity and thrilled to have Dr. Pallante in this position.”

What's new in school? Officials say students, staff adjusting well
Sep 16, 2020 3:52 AM
Comments
We welcome your feedback and encourage you to share your thoughts. We ask that you be respectful of others and their points of view, refrain from personal attacks and stay on topic. To learn about our commenting policies and how we moderate, please read our Community Guidelines.