“While we’ve had much success, the potential for this campaign has not yet been reached; we are thrilled to continue to move forward,” YSU President Jim Tressel said.
0
Jan 29, 2020 11:55 AM By: Mahoning Matters staff 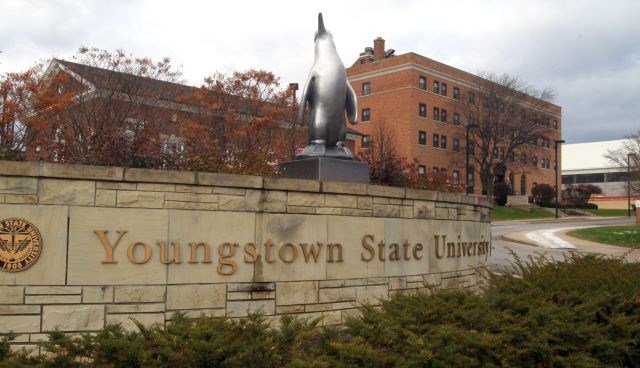 YOUNGSTOWN — The Youngstown State University Foundation announced Wednesday that not only had its fundraising campaign reached the $100 million mark, it was setting a new goal of $125 million.

“The success of this campaign has been nothing short of phenomenal, a reflection of the generous support and strong reputation that YSU has throughout the region and across the country,” Jocelyne Kollay Linsalata, a YSU Foundation trustee and campaign chairwoman, said in a news release. “We look forward to keeping the momentum going and setting our sights even higher.”

“While we’ve had much success, the potential for this campaign has not yet been reached; we are thrilled to continue to move forward,” YSU President Jim Tressel said.

The fundraising initiative, titled the “We See Tomorrow” campaign, funds a variety of initiatives at YSU, including new scholarships and student work opportunities, new endowed chairs and professorship positions, campus beautification enhancements, new Classrooms of the Future and the new Excellence Training Center on the south end of campus.

For more information on the campaign or to make a gift, visit www.YSUFoundation.org or call 330-941-3211.

What's for lunch? YCSD coordinator heads to Capitol to advocate for student nutrition
Feb 21, 2020 5:43 AM

SMARTS program receives $10K from National Endowment for the Arts
Feb 21, 2020 5:16 AM
Comments
We welcome your feedback and encourage you to share your thoughts on this story. We ask that you be respectful of others and their points of view, refrain from personal attacks and stay on topic. To learn about our commenting policies and how we moderate, please read our Community Guidelines.