“The timing for our support of this monument to racial equality couldn't be better,” Jan Strasfeld, executive director of the Youngstown Foundation, said.
Jun 5, 2020 5:00 PM By: Mahoning Matters staff 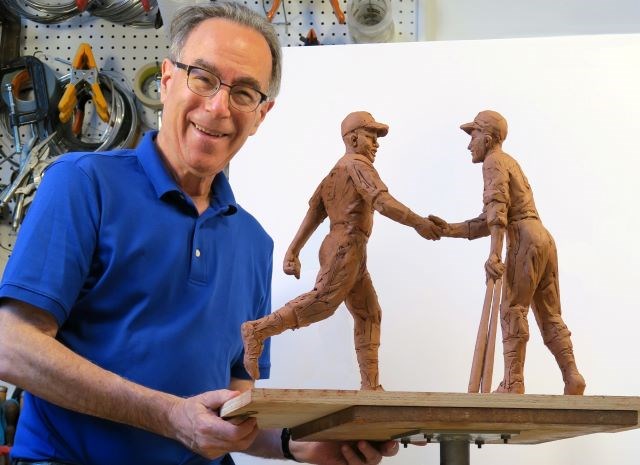 YOUNGSTOWN — Supporters of the Robinson-Shuba Commemorative Statue today announced a $15,000 grant from Mahoning Valley Sports Charities, a fund housed under the Youngstown Foundation. This is the first grant the project has announced since the COVID-19 pandemic began.

“This strong show of support brings us closer to putting the Robinson-Shuba statue in place in downtown Youngstown,” Ernie Brown, a co-chair of the Robinson-Shuba Commemorative Statue Committee, said in a news release. “We’re thrilled that leaders of Mahoning Valley Sports Charities understand the important message this statue will deliver about racial equality and unity and our community’s long-standing support of those principles.”

Mahoning Valley Sports Charities includes proceeds from an annual LPGA charity golf tournament that was sponsored in the Mahoning Valley by Phar-Mor, then Giant Eagle, from 1990 through 2004.

“We are pleased to further support the Robinson-Shuba statue, which will recognize ‘one of our own’ and his role in an important historic moment,” Jan Strasfeld, executive director of the Youngstown Foundation, said. “The timing for our support of this monument to racial equality couldn't be better.”

The statue will portray and celebrate the 1946 handshake at home plate between Jackie Robinson, the first African American allowed to compete in mainstream professional baseball, and his white teammate, George Shuba of Youngstown.