Under the proposal, the state’s four casinos, seven racinos and more than 1,000 veterans and fraternal organizations could offer sports wagering. It also authorizes wagering via the internet and mobile devices.
May 29, 2020 2:04 PM By: Todd DeFeo 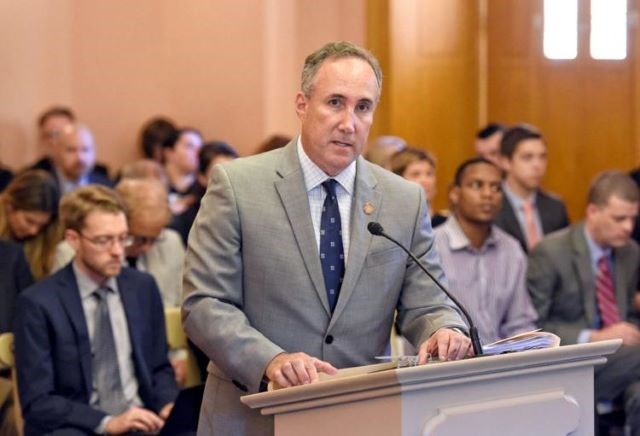 COLUMBUS — House lawmakers on Thursday (May 28) passed a bill to legalize sports wagering in Ohio, a move that could generate millions in tax revenue for the state.

House Bill 194 levies a 10 percent tax on gross gaming revenue with proceeds to benefit education in the Buckeye State. The measure could bring in $17.7 million in additional revenue for the state during the 2022 fiscal year and $23 million during the 2023 fiscal year, according to the Legislative Service Commission.

The legislation grants the Ohio Lottery Commission authority over sports gaming in Ohio, bringing into the open an existing industry.

“Realizing that legalizing sports betting in Ohio and the country is an emerging industry, this bill outlines a framework for the lottery commission to initially establish the rules necessary to stand up this new opportunity, but it also provides a structure to [adapt] to the changing trends and challenges in the industry,” state Rep. Dave Greenspan, R-Westlake, said on the House floor before the vote.

Under the proposal, the state’s four casinos, seven racinos and more than 1,000 veterans and fraternal organizations could offer sports wagering. It also authorizes wagering via the internet and mobile devices.

According to the LSC, the proposal could generate $1.3 million in licensing fees during the first year and between $300,000 and $500,000 in subsequent years, presuming all casinos and racinos in the state offer sports wagering. It also could bring in additional revenues from personal income, municipal income and commercial activity taxes.

“We will create a legal, closely monitored industry and the pathway to increase funding for education in the state,” state Rep. Brigid Kelly, D-Cincinnati, said on the House floor before the vote. “... Right now, sports gaming happens off the books. We know it’s happening, but we aren’t collecting tax revenue, and there is no way to monitor the bets to try and protect from any unscrupulous or suspicious activity.”

The bill is both constitutional and operates legally under the Federal Wire Act, and it provides protections for consumers, Greenspan told lawmakers. It also increases resources for gaming addiction services and enhances regulatory enforcement and laws against unlawful sports betting.

“We should always be looking for more ways to help give Ohio’s kids a solid foundation for a better future, and the opportunity to provide more resources for that is especially timely now given the challenges we’re facing in our state,” Kelly said.

The bill, which passed by an 83-10 margin, now heads to the state Senate, where another bill to legalize sports wagering, Senate Bill 111, is pending in committee.