“As a lifelong baseball fan, I know what the sport means to our state and how proud we are of our Ohio teams as we rally together to support local clubs like the Mahoning Valley Scrappers,” the Ohio senator said.
0
Feb 27, 2020 5:40 PM By: Mahoning Matters staff 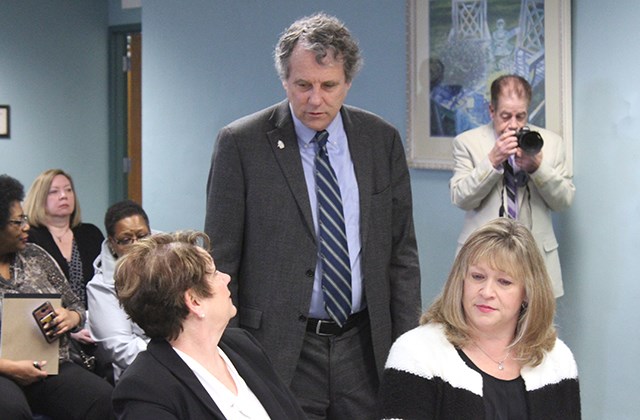 “As a lifelong baseball fan, I know what the sport means to our state and how proud we are of our Ohio teams as we rally together to support local clubs like the Mahoning Valley Scrappers,” Brown said in a news release. “I will continue to call on MLB to do the right thing and work with state and local leaders to keep baseball in the Valley and in local communities across the country."

Last week, Brown and Sen. Rob Portman, R-Ohio, wrote a letter to MLB Commissioner Robert Manfred regarding a New York Times report from November that revealed that the Mahoning Valley Scrappers are one of the 42 teams that MLB has identified for contraction from its club-affiliated minor league system as part of its negotiations over an updated agreement with the MiLB.

The resolution calls on the Senate to:

“MLB is confident that we can simultaneously keep baseball in the communities in which it is currently being played and modernize our player development system so that it fits the 21st century, improves playing conditions and increases opportunities for players,” MLB said in a statement. “That’s why MLB clubs have already decided to increase compensation for minor league players. The most constructive role Congress can play in these negotiations is to encourage Minor League Baseball to continue working with MLB to address the real issues impacting minor league players and communities across the country.”

Mill Creek’s North Course to open today for 2020 golf season
Mar 16, 2020 5:11 AM
Comments
We welcome your feedback and encourage you to share your thoughts on this story. We ask that you be respectful of others and their points of view, refrain from personal attacks and stay on topic. To learn about our commenting policies and how we moderate, please read our Community Guidelines.