On Tuesday, Ryan and 66 other members of Congress introduced a bipartisan resolution saying that MLB should maintain the current minor league structure.
Jan 31, 2020 1:07 PM By: Mahoning Matters staff 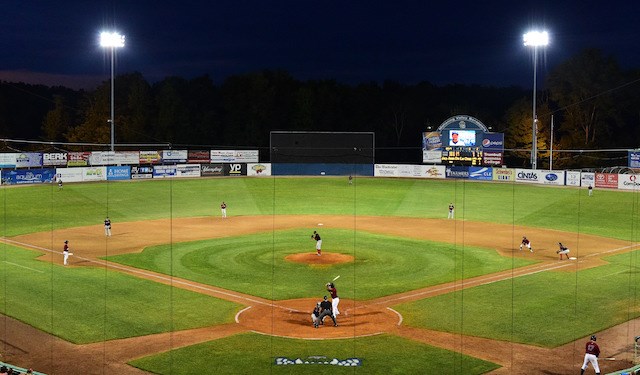 Local fans have embraced the rise of recent Mahoning Valley Scrappers such as Francisco Lindor, Shane Bieber, Cody Allen and Tyler Naquin to the Indians. That era most likely would close should the New York-Penn League be eliminated. (Photo by David Dermer)

The MLB is considering a restructuring that would end its affiliation with teams such as the Scrappers. Ryan previously called on Manfred to reverse the decision.

“For over 20 years, the Scrappers have provided our community with an affordable and fun way for families to enjoy the game of baseball and spend time together,” Ryan said in a news release. “I hope Commissioner Manfred will meet me face to face so I can explain what an integral part of our community the Scrappers are, and he may reconsider cutting MLB’s support for our hometown team.”

Ryan’s full letter to Manfred can be read here.

On Tuesday, Ryan joined 66 members of Congress to introduce a bipartisan resolution saying that MLB should maintain the current minor league structure rather than proceed with its plan to eliminate 42 minor league clubs. Text of the resolution can be found here.

Ryan joined with his congressional colleagues to send letters to Manfred on Nov. 19 and Dec. 20 — both underscoring the damage the move would cause to the Mahoning Valley and communities across the country where the at-risk teams are located.