Youngstown City School District CEO Justin Jennings said the ruling doesn't change his job or mission: "I'm going to continue to do the work I was hired to do and leave that to the lawmakers and the courts."
May 14, 2020 3:52 AM By: Jess Hardin 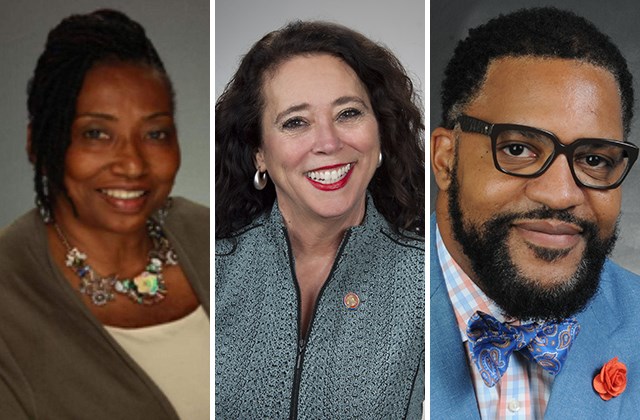 COLUMBUS — Opponents of the state takeover of Youngstown City Schools exhausted one avenue of dissent when the Ohio Supreme Court denied their appeal of House Bill 70 Wednesday.

HB 70, known locally as the Youngstown Plan, created the school district CEO role in 2015 and as well as an expanded relationship with the Academic Distress Commission.

In a 5-2 decision, the Ohio Supreme Court upheld the constitutionality of the measure against the contention that the passage of HB 70 violated procedural rules when lawmakers added a lengthy amendment to the bill that included the state takeover and passed it in the same day.

In her majority opinion, Chief Justice Maureen O'Connor said the original bill and the legislation as passed were not "materially different," and thus did not violate the constitutional provision requiring that bills are given three considerations on separate days. O'Connor also said the constitution permits the General Assembly to alter the power of school boards.

Donnelly wrote that the "11th hour" amendments to HB 70 drastically changed the legislation and thus, the new bill, did not receive the necessary three considerations in either the General Assembly of the Ohio House. He called the ruling "a travesty of justice."

In her opinion, Stewart highlighted the lack of transparency when it came to passing HB 70.

"Attempts by the original bill’s sponsors and other stakeholders to see how this 'sausage' was being made were thwarted at every turn," wrote Stewart. "But the public — particularly the parents, students, and educators in the Youngstown City School District — had the right to expect transparency in the enactment of legislation that directly affected them."

In a statement released Wednesday, state Rep. Michele Lepore-Hagan of Youngstown, D-58th, thanked Justices Donnelly and Stewart. "They're right. This is a 'travesty of justice.'"

The full text of the court's decision can be read here.

Youngstown City School Board President Brenda Kimble was also disappointed by the decision.

The law resulted in "strangers coming into our district and misusing our funds, redirecting it away the classroom," said Kimble. "They don't seem to care. It's like there's one thing in mind and that's state control, and state control just leads to basically chartering out a district, which leads to school for profit."

Kimble also argued the legislation specifically targets urban school districts. For that reason, she also sees the state takeover of the school district "as a civil rights issue."

"I'm very pleased to see that happen," Humphries said about the development. "Perhaps now we can get on with doing what we have to do in Youngstown ... I personally would be elated if we saw the school board support the CEO and get behind his plan."

But challenging the constitutionality of HB 70 isn't the only way opponents have attempted to reverse it.

Both bills were introduced in March 2019 and have stalled due to disagreements in the Senate. Lepore-Hagan pinned the struggles on legislators she says don’t believe the district should be returned to local control.

In late March, state she and more than 20 other elected officials sent a letter to DeWine, urging him restore local control to Youngstown City Schools.

As of now, Youngstown City Schools will remain under state control for the 2020-2021 school year. House Bill 197 — a coronavirus relief package — contained a provision to extend academic distress commissions and CEOs of failing school districts through the next school year.

"Today’s misguided ruling by the Supreme Court does not mark the end of the battle to erase HB 70," Lepore-Hagan said. "The Senate Republicans and Gov. DeWine have the power to set thousands of boys and girls free by moving HB 154. Justice demands that they do so immediately."

This decision isn't the end for Kimble either.

"We are going to continue to challenge HB 70, because we do feel it's unconstitutional," she said.

Meanwhile, Youngstown City School District CEO Justin Jennings said the ruling doesn't change his job or mission. His focus is on the students and developing a working relationship with the board, he said.

"I'm going to continue to do the work I was hired to do and leave that to the lawmakers and the courts," Jennings said.