The goal is for the Endurance to be “the cheapest, the greenest and the safest vehicle you can put your people in,” Lordstown Motors CEO Steve Burns said.

The startup electric vehicle-maker is getting into gear, preparing to retool the 53-year-old former General Motors Lordstown Assembly Complex — to which Burns got the keys last week — rally labor and community partners and raise hundreds of millions of dollars in capital to start production by the end of next year.

The Endurance — a commercial fleet pickup that could be the plant’s first offering since being idled by GM in March — needs to make a splash in the market, executives said Thursday.

“We’re not like a big [manufacturer] that can afford for one car not to do well. We have to do well, especially with the first one,” Burns told reporters.

“If we come out with the first electric pickup truck, I don’t think we’re going to be able to make ‘em fast enough.” 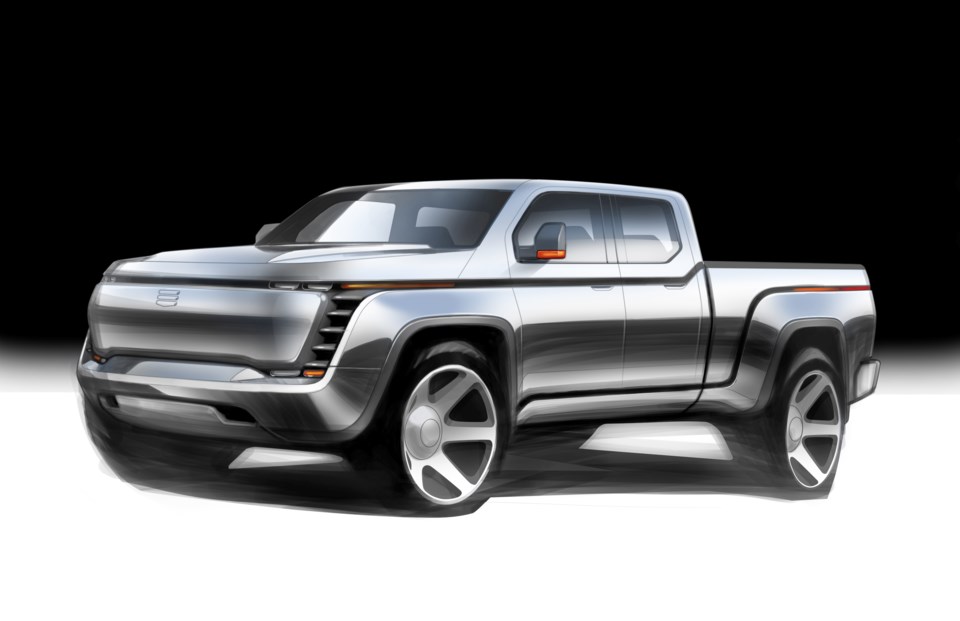 Lordstown Motors wants the Endurance to be “the cheapest, the greenest and the safest vehicle you can put your people in,” Burns said — all for an estimated $50,000 price point.

The name itself has a few interpretations, he said. It was named for the “grit and determination and the endurance” of the Lordstown workers — but also because it’s “a tough vehicle” and can go far on a single charge.

State Sens. Michael Rulli of Salem, R-33rd, and Sean O’Brien of Bazetta, D-32nd, took a prototype for a spin.

“... The acceleration of these vehicles — it’s nothing like you can experience and the stopping is even better,” Rulli said Thursday. “This is a serious product. … This could change the way we look at driving for the rest of our existence.”

Drivers can store equipment or tools in the front-end — where the V-8 engine would go in a gas-powered work truck, Burns said. Powered tools, including air compressors, can run straight from the Endurance’s 120/240-volt battery.

Full specs for the Endurance are coming soon, but the tech behind it is promised to be “revolutionary,” said Darren Post, a former 14-year GM executive who helped develop the Chevrolet Cavalier and the Pontiac Sunfire and is now the startup’s chief engineer.

“[The Endurance] has very few moving parts,” Post said. “This is going to be a high-durability vehicle. We want it to be the equivalent of a Snap-on tool — when they think of electric pickup truck, they think of Endurance.”

“A good number of electric vehicle startups have started and failed all over the world. This plant changes things,” Gibbons said. “We’re much farther ahead than Tesla was [at startup].

“Steve’s already got a vehicle ready to go on the road.”

“It really launched Tesla,” Burns said. “Its main function was to allow [manufacturers] to retool their factories to make more fuel-efficient vehicles. … [The Lordstown plant] is kind of the poster child for it.”

Burns’ former company Workhorse — a Cincinnati-based EV-maker licensing the Endurance design to Lordstown Motors in exchange for 10 percent in equity and 1 percent in sales — is still in the running for a more than $6 billion U.S. Postal Service contract to manufacture electric fleet vehicles. The winner will be announced next year.

“If Workhorse wins it, we want to build it for them,” Burns said. “The business plan doesn’t depend on that, but it would be icing on the cake.”

By inheriting the former GM line’s steel structure, robotics and conveyor, Lordstown Motors is able to spin up nine months faster, he said.

Though the plant’s capacity is about 460,000 vehicles, Lordstown Motors is shooting for 50,000 to start, and would only need about half the space, he said.

“We don’t want to give away half or not use half. We want to keep it flexible for the market, so if popularity takes off like we believe it’s going to take off, it’s expandable quickly,” Schmidt said.

Lordstown Motors will need to add two new production lines for the Endurance — one for battery cells and another for hub motors that power each of the wheels, he said.

The reconfiguration will also remove workflow inefficiencies that grew alongside the former GM plant.

“It should go from body to paint to assembly, but this system that [GM Lordstown] had it goes from body to assembly … back to paint, back to assembly. We’re going to look at cutting that buffer and lead-time out,” Schmidt said. “There was a lot of growth that had to happen to keep the plant running and they didn’t have a chance to say, ‘Shut the plant down’ and retool.”

About 400 workers could be needed for the Lordstown line’s first run, Burns said — but the workforce could swell to 5,000 between three shifts once the plant’s running at full steam.

Burns has said one reason Lordstown Motors topped other companies vying for the plant — such as Tesla — was the company’s willingness to use union labor, meaning United Auto Workers Local 1112 members who didn’t transfer to another GM facility could find their way back to the Lordstown plant.

“That’s our intent. We are scheduled to meet with [the UAW] shortly. I can’t say definitively, but it is our intent,” he told reporters Thursday.

Burns told Mahoning Matters he expects his wages will be competitive and on par with contracts recently cut between the UAW and the “big three” automakers. But he’s hoping that representation will be willing to accommodate the agility a startup needs to survive.

“What we need is a little more nimbleness from them. We can’t be as rigid. … We have to be a nimble maker,” Burns said. “If we’re wrong about something — we’ve got to switch over and do ‘this.’ It’s not really the pay, we want them to be nimble with us.”

With such a large facility comes the opportunity to bring some of GM’s former partners back to the Valley and put them on-site.

James Dignan, president of the Youngstown-Warren Regional Chamber, said one could be Magna Seating, which left its neighboring Lordstown facility not long after GM’s November announcement that the plant would be “unallocated”.

“I think what we as the community can do is embrace, not only with providing assistance with suppliers or workforce or other folks — and making sure they know that connection, that we have it here,” he said. “Mahoning Valley first, right? We have a new entity here and we want them to be successful.” 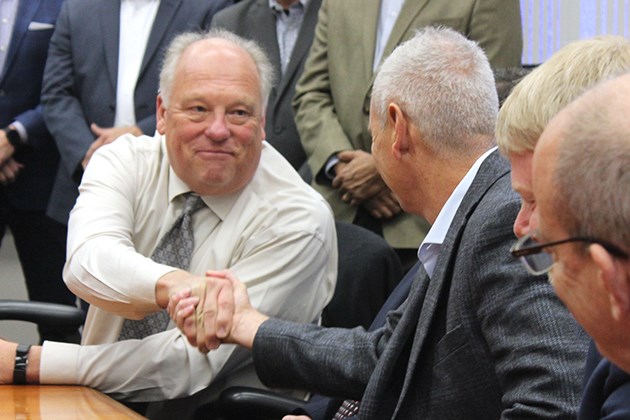 “I’m more pumped than I was before I walked in the door today,” he told Mahoning Matters following the press conference. “These are exciting times. They have a great team together. I think a lot of stuff they said today helps alleviate a lot of the concerns people have said about it being a startup.

“I know they have prototypes on the road and they have a lot of pre-orders. We’re hoping for the best.”

Ryan said Lordstown Motors is backed by the same economic development team that landed the TJX/HomeGoods distribution center, and tweeted Thursday he’s “all in.”

“It’s a world-class team they’re putting together. This is as real as it gets,” he said.

Gibbons said he thinks Lordstown Motors Corp. represents a better opportunity for the region than if GM had allocated a new product to the plant.

“Youngstown, for the first time in my lifetime, is going to be in charge of its own destiny," he said.

Worried about porch pirates? Here’s how to protect your packages this holiday season
Dec 4, 2021 6:30 AM