DeWine urged the FDA to fully approve the COVID-19 vaccines, citing the hundreds of millions of people who have received them thus far, believing it will help ease vaccine hesitancy in the state.
Jul 19, 2021 3:52 AM By: Mahoning Matters staff 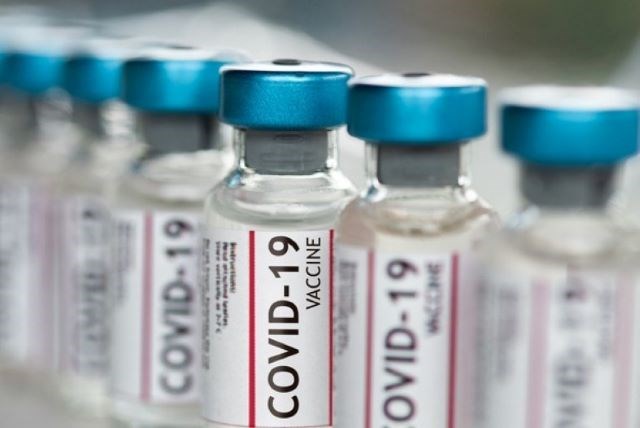 COLUMBUS — Vaccines not fully approved by the U.S. Food and Drug Administration can't be required in Ohio public schools and colleges, under a new law signed last week by Gov. Mike DeWine.

The new law, which takes effect in three months, targets vaccines only approved for "emergency use," including the COVID-19 vaccines developed by Pfizer, Moderna and Johnson & Johnson.

DeWine urged the FDA to fully approve the COVID-19 vaccines, citing the hundreds of millions of people who have received them thus far, believing it will help ease vaccine hesitancy in the state.

The daily rate of new vaccinations in Ohio has thinned to thousands, down from tens of thousands at the height of the rollout, according to the Ohio Department of Health. The state's vaccine incentive lottery is believed to have led to a modest increase in May, which has since vanished entirely.

The seven-day average of positive coronavirus tests, which was at its all-time low in the first week of the month, rose slightly the following week, despite a coronavirus daily testing rate that has also flattened out.

Between July 11 and July 17, the state reported:

•  Ohio Gov. Mike DeWine plans to double down on an incentive program to encourage more Ohioans to receive a COVID-19 vaccine as cases are on the rise in the Buckeye State. DeWine said he expects to announce a new program soon in an effort to boost the state’s vaccination percentage, which ranks as one of the lowest in the nation. Ohio ranks 35th among states in its share of people receiving at least one vaccine shot with 48.4 percent of the state population partially vaccinated.

• After six months of the COVID-19 vaccine rollout, less than half of Mahoning Valley's residents are vaccinated. The dangers associated with forgoing the vaccine are mounting as the more contagious delta variant makes up a greater proportion of Ohio's COVID-19 cases. Only 46.87 percent of Mahoning County residents, 44.56 percent of Trumbull residents and 37.71 percent of Columbiana residents have gotten at least one shot. The vaccines provide "very high rates of protection against delta hospitalizations and deaths," Ohio Department of Health Chief Medical Officer Dr. Bruce Vanderhoff said. But, for the unvaccinated, "the risk just keeps getting greater and greater."

• Health officials are reporting a COVID-19 outbreak among people who attended a recent church retreat in Ohio. Dayton and Montgomery County public health officials said more than 800 people attended the Baptist Church retreat at Camp Chautauqua in Miamisburg from June 27 to July 3. The retreat included attendees and churches from Ohio, Kentucky, Illinois and Indiana. Officials said at least 30 cases among attendees living in Ohio and Kentucky have been identified so far. Camp and event organizers haven't provided contact information for attendees, so authorities are asking anyone who may have attended to contact them or their local health department.

• The historic handshake between George Shuba and Jackie Robinson will be marked forever with a 7-foot-tall, bronze statue in Wean Park. “A Handshake for a Century” statue was unveiled Saturday and commemorates the handshake between Robinson and Youngstown native George Shuba after Robinson, a veteran of the Negro Leagues, hit his first home run in 1946 when they were teammates with the Montreal Royals of the International League. Other players did not wait at home plate to shake his hand, but Shuba of Youngstown extended his hand. Mike Shuba, George Shuba’s son, said a photo of the handshake hung in the living room of his home in Youngstown.

•  U.S. Sen. Sherrod Brown, D-Ohio, wrote a letter to Angela Strand, the newly appointed executive chairwoman of Lordstown Motors Corp., saying he wants to see the company succeed but recent investigations by the U.S. Securities and Exchange Commission and the Department of Justice are concerning. “Your company arrived in the Mahoning Valley with the stated desire to turn this area into ‘Voltage Valley.’ ... Lordstown Motors owes the Valley the next-generation electric future it was promised,” Brown wrote in the letter. He also urged the company to form a partnership with organized labor.

• Ohio's elections chief on Monday referred for possible prosecution 117 apparent noncitizens who either registered to vote or cast a ballot last year — a tiny fraction of the state's electorate and a significantly reduced number from two years ago despite record 2020 turnout. Secretary of State Frank LaRose said that of those, 13 cast ballots and 104 registered but did not vote. They were identified as part of a routine review and referred to Ohio Attorney General Dave Yost.

• Youngstown Police Department officials last week demonstrated the body cameras that have been given a trial run on city streets for two months. Officers also discussed some city policies that will accompany the new technology. The department currently has 16 officers testing out the Axon Body 3 cameras. Axon is one of the vendors that the department is considering for the new cameras. Officer Malik Mostella said the department is ready to make the final decision on which cameras to purchase and plans to have them for all officers by the end of the summer.