Youngstown Police Department officers plans to help bars and nightclubs actively disperse crowds when they close at the end of the night. The Stop the Violence campaign continues efforts through prayer walks and 70 days of prayer.
Jul 22, 2021 4:11 AM By: Ellen Wagner 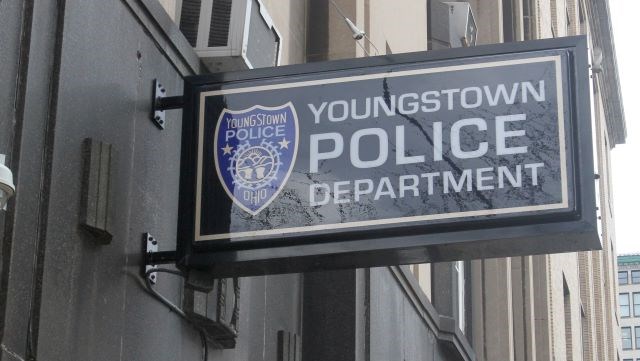 YOUNGSTOWN — City officials, the Youngstown Police Department and the "Stop the Violence" campaign continue to focus on efforts to reduce violence — even as violence continues to claim new victims.

YPD has reported seven shootings since June 6. The most recent incidents include three people who were shot at Miss Daisy’s Hall, 2210 South Ave., on Saturday, and one male killed in a parking lot at Gateway Gas Mart, 3216 South Ave., on Sunday.

In speaking with the media Wednesday during a hastily called news conference, Mayor Jamael Tito Brown appeared exasperated at times. He noted gun violence is not just a problem in Youngstown, but across the U.S. Between July 16 and 19, 153 people were killed across the nation, he said.

“Their governors, their mayors and their police chiefs across the nation, they're dealing with this gun violence,” Brown said. “Every time we deal with gun violence, there's a family attached to that.”

As he has so often in recent months, Brown emphasized reaching out to families affected by gun violence to provide mental health support and grief counseling.

The city is focused on making sure mental health services are being provided through social service agencies and local clergy to give affected families support. he said

“We work with our social service agencies to ensure that the families have a network of support that can help that process,” Brown said.

On Wednesday, Brown and YPD Chief Carl Davis provided an update on initiatives that YPD will take to stem gun violence.

Davis said there has been a substantial link between violence and bars and nightclubs. In response, YPD will focus on large crowds leaving bars. The police department has met with several bar owners for plans to make bars and nightclubs safer by actively dispersing crowds when they close at the end of the night.

Davis said the initiative has already started in some downtown areas where YPD has experienced issues with crowds at closing times.

Officers from the Neighborhood Response Unit have been successful at addressing the crowd issues in recent weeks.

“Now, we're going to spend that into the other parts of the city,” Davis said.

Capt. Rod Foley said some security measures at bars and nightclubs are failing due to a lack of planning to prevent large crowds from gathering. Police plan to work with bar and nightclub owners to ensure appropriate security is in place for each establishment.

“We're trying to do ... is to provide a safe environment for people to continue to go out,” Foley said.

Foley said YPD officers and undercover officers will be trained over the next few weeks to provide proper security for these establishments to help prevent gun violence.

People need to know that bringing firearms to a bar is illegal, and individuals will be arrested, Foley said.

“You shouldn't have to go to the bar and run to your car at the end of the night, hoping that you don't get hit by stray gunfire,” Foley said.

Brown said the opportunity for proper security will be available to any establishment that serves alcohol and has a DJ.

He said two female victims of the shooting Saturday were released from a hospital the same night, and the third male victim is recovering.

As of now, YPD believes only one person fired shots in the fatal shooting incident Sunday, he said.

The April 3 shooting at Utopia Video Nightclub is still being investigated. Foley said YPD is still trying to contact witnesses, but many people do not want to be involved.

“We’re still kind of at some dead ends on that particular case,” Foley said.

The May 23 mass shooting at Torch Club Car and Grille is also still being investigated. Foley said the department is currently waiting for ballistics to come back through Bureau of Criminal Investigation analysis.

Brown said the city is working with Gov. Mike DeWine’s office to see if there is a way to expedite ballistics and evidence approval from the state. However, many other cities are also waiting to get the same results.

“There’s a long line, and that’s the hardest part right now for us to wait,” Brown said, adding that it’s difficult for families to wait on information and closure.

Brown said trust from the community is important to prevent future gun violence incidents from happening.

Many people want to give information but are concerned about retaliation. He said if anyone shares information with him, they will remain anonymous when he gives the information to YPD.

“I'm continuing to plead with the community — if you know something, say something,” Brown said.

The Stop the Violence campaign is also continuing efforts that began with the prayer vigil on June 23.

Prayer walks and marches will take place every other Saturday until Aug. 28. The Rev. Lewis Macklin said the next prayer walk will be Saturday at 2 p.m. at the former Bottom Dollar Store parking lot, 2649 Glenwood Ave.

The first prayer walk was July 11 at that location, and about 100 people attended, Macklin said.

“The emphasis of prayer for the community is very well received,” Macklin said.

The June 23 prayer vigil also marked the start of the 70 days of prayer and fasting that will take place through Aug. 31. People are encouraged to sign up for a time slot for one hour of prayer. Organizations and groups can also sign up for time slots.

Macklin said there is a limited quantity of Stop the Violence yard signs available for pickup. More signs will be available soon but are currently on back order.

People can also sign up to be mentors for peer mediation and engagement to prevent involvement in violence. Mentors will receive training from the Youngstown Police Department and Community Initiative to Reduce Violence.

The mentors will be a positive peer influence for people already involved in or are recruited to the CIRV program, Macklin said.