How accurate are COVID-19 rapid tests? We asked some experts

Though rapid, “finger-stick” blood tests are able to indicate, within minutes, whether a patient has developed antibodies to coronavirus, some have reason to be skeptical of those results.
May 21, 2020 3:52 AM By: Justin Dennis 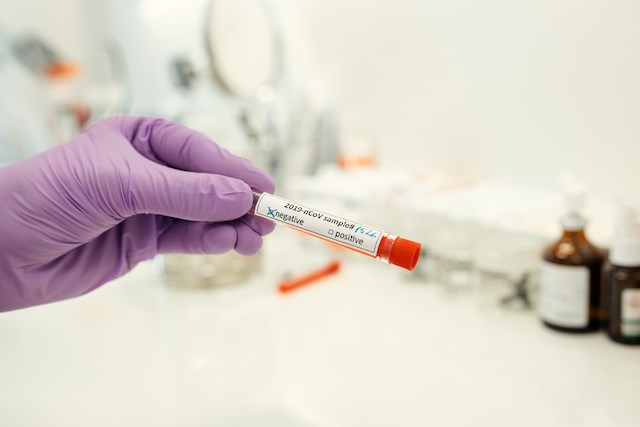 Though rapid, “finger-stick” blood tests are able to indicate, within minutes, whether a patient has developed antibodies to coronavirus, some may have reason to be skeptical of those results.

State experts have estimated the prevalence of coronavirus in the Ohio population is generally low. That means those who know they’ve already contracted the virus, or at least have good reason to believe they were exposed to it, can have more confidence in their results.

However, for those who are simply curious about their medical status, or have not been infected, the certainty of their test results relies on some pretty big variables that are still unknown.

HOW ACCURATE ARE RAPID TESTS?

The accuracy of diagnostic tests is based on two measures: their sensitivity, which is the rate of “true-positive” results; and their specificity, which is the rate of “true-negative” results. With a higher sensitivity, there are fewer false-negative results. With a higher specificity, there are fewer false-positive results.

For a variety of reasons, it’s impossible for any diagnostic test to be 100 percent accurate.

Those who sought out those tests likely had reason to believe they were already infected by the new coronavirus, she said — perhaps they remembered having an undiagnosed cough from January or February, or they never showed symptoms, even though they live with a relative who had it.

But how accurate are those tests for everyone else?

If everyone in the Valley were to be tested for coronavirus antibodies using QUICKmed’s rapid tests, there’s a more than 1-in-5 chance someone who doesn’t actually have antibodies would be misclassified as having them.

Understanding how the results could become so skewed is a Statistics 101 lesson.

With the tests’ 99 percent specificity rate, that means 1 in 100 uninfected people will be misclassified. So if 100,000 people who never had coronavirus were tested this way, there would be 1,000 people who tested positive, leading them to believe they now have antibodies to the virus, but actually don’t.

This calculator, provided by MedCalc Software, is designed to measure the sensitivity and specificity of a diagnostic test among a certain population. It can also account for the prevalence of a disease in that population, as a percentage.

Since the numbers of infected and non-infected test samples used to measure the tests’ accuracy are unavailable, our calculation was based on 100 samples, and it estimates the disease’s prevalence at 4 percent. Though there have been no widespread testing efforts to measure disease prevalence in Ohio, it has been estimated at between 3 and 5 percent, Ohio Department of Health Director Dr. Amy Acton has said.

So, if only 4 percent of Valley residents have actually contracted the virus, it’s estimated one out of every five residents who would test positive for virus antibodies using QUICKmed's tests don't actually have them.

"The problem is that with false positives, people become more cavalier in their daily lives ... and do a lot of potential harm in spreading the virus, thinking they're unable to do so,” said Dr. John Dunne of Ohio Sports and Spine Institute, who works in occupational medicine and is promoting workplace safety during the pandemic.

Esmail pointed out, however, it’s not fair to compare widespread antibody testing to the tests performed at QUICKmed, as a likely majority of its patients already suspected they contracted or were exposed to the virus.

QUICKmed has tested more than 5,000 people since it began using the rapid tests in late April, she said — sometimes seeing several hundreds of patients per day. Though the tests QUICKmed used initially had a sensitivity rate of 92 percent — creating a slightly higher chance of incorrectly detecting antibodies when scaled, by our calculation — QUICKmed has since switched to a more accurate test, she added.

Esmail declined to say who is supplying those tests, “for business and strategy reasons,” but said they are American-made.

More than 100 people previously confirmed to be infected with coronavirus all tested positive for the antibodies using QUICKmed’s tests, so “if you do have the antibody, [the test] will show it,” Esmail said.

Though the U.S. Food and Drug Administration has approved several rapid antibody tests for emergency use, last week the agency warned about potentially inaccurate results from at least one of those products, specifically Abbott Laboratories’ ID NOW point-of-care tests, which have a high rate of false-negative results according to some studies.

The QUICKmed tests’ 94 percent sensitivity rate means it’s missing about 6 percent of cases in which people actually do have antibodies. But if all Valley residents were tested this way, there’s an only 0.24 percent chance any negative antibody results would be inaccurate, according to MedCalc. Just as positive antibody results become less reliable when the disease’s community prevalence is low, conversely, negative results become more reliable.

Esmail said she feels antibody testing, despite the method, is still a good tool for epidemiologists.

“It can give you information, it can tell you about the reach of the virus, the history or epidemiology of how the virus arrived,” she said.

Antibodies form in the weeks following infection and typically stay in a person’s body for up to a year. Medical professionals can correlate the time patients reported first experiencing symptoms to determine when they got infected, Esmail said.

But live virus testing, however, “is the key to bringing down and keeping down that curve” of coronavirus cases, she said. Both QUICKmed locations along Belmont Avenue in Youngstown and along South High Street in Cortland continue to perform nasal swab tests to find active infections. Esmail encourages those tests for patients who show symptoms of the virus.

Dunne said those who test positive for antibodies using a rapid test should continue to wear masks — especially if they’re around high-risk groups such as elderly relatives — or consider having a blood sample drawn and sent away to a laboratory, to confirm the results.

Med Express owner Dr. Zach Veres told Mahoning Matters these types of tests, which are also approved by the FDA and U.S. Centers for Disease Control and Prevention, can return results within two to three days. Though rapid tests take minutes, these slower, lab-based tests are more accurate, up to 99 percent, he said.

Though his clinic has rapid tests on-hand, they haven’t used many.

“The rapid tests are not accurate. There are too many false negatives,” Veres said.

In some cases, inconclusive rapid antibody tests may have to be sent to a lab anyway for confirmation, he added.

Poland-based medical supplier Cornerstone C.M. — which coordinated with QUICKmed on a series of remote coronavirus testing clinics across the Valley during the past several weeks — also passed on rapid tests, choosing to work with companies that were only performing blood-draw tests.

“I wanted to know if I’m going to test a first responder that my test is going to be 100 percent for certain,” said CEO Michael Marantis. “I would feel guilty if something were to happen. … To me, it’s not about the business, it’s about making the right decisions that are going to help the community.”

Marantis said given the quick onset of coronavirus, test-makers are doing the best they can in developing a reliable method.

“What everyone has to take into consideration is: With as fast as COVID-19 popped up in our world, as fast as we started developing tests — we can’t expect these tests to be perfect,” he said. “What people say is the lack of accuracy is for no other reason than we don’t know enough [about the virus].”

To keep pace with the need for expanded testing nationwide, the FDA last week announced policies to expedite new types of blood-based tests for coronavirus antibodies — even at labs that don’t offer high-complexity testing, such as QUICKmed — so long as the tests have been validated and include a warning about their use. Under these new policies, test-makers would instead seek authorization from their home state.

Veres said “time will tell” if the availability of antibody testing can keep up with demand, should the method become more widespread.

“I think antibody testing is basically going to give a lot of people peace of mind,” he said.